Senate Majority Leader Andrea Stewart-Cousins (D-Yonkers) and Assembly Speaker Carl Heastie (D-Bronx)  confirmed  that lawmakers will be back in Albany for Legislative Session this week. Most Senators and Assemblymembers will not be present in the chambers, but will remain in their offices, and in some cases, their homes, voting remotely. A few will go to the Capitol in person to run the proceedings on the floor.  The Senate and Assembly chambers have remained empty since early April,  when lawmakers, mostly working remotely, approved a pared-down state budget granting Governor Andrew Cuomo wide powers over state spending. 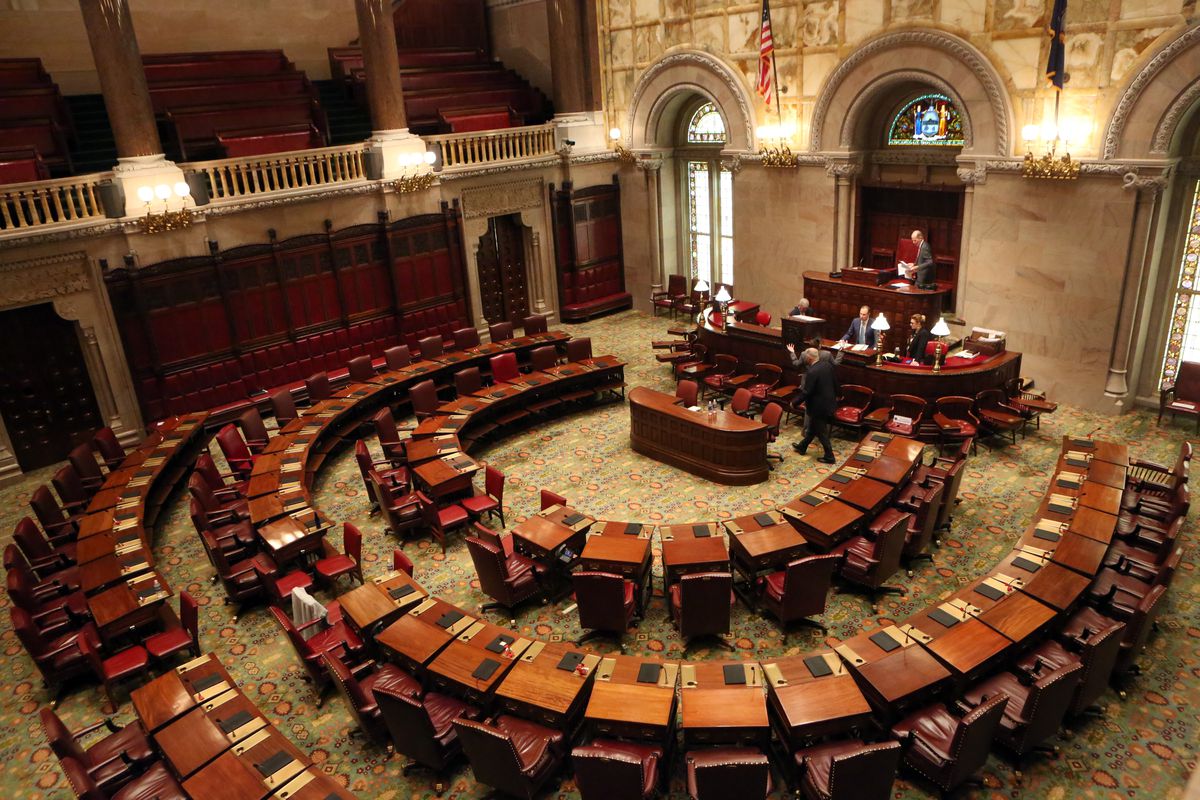 On Friday, the agendas were still fluid but legislators were expecting to vote on a package of 10 to 20 bills that are COVID-19-related. The Senate and Assembly will hold committee meetings Tuesday and intend to vote on measures, probably Wednesday and maybe Thursday.

The Legislature has held two joint hearings, remotely, to assess the impact of the coronavirus  on small businesses  and  disparities in healthcare . Senate and Assembly Democrats have introduced dozens of bills in recent weeks to address the ongoing pandemic, including measures expanding absentee voting and tenant protections, offering hazard pay for first responders, and boosting unemployment benefits. Democratic leaders have been working on a two-way deal between the Assembly and Senate to pave the way for passing some of this legislation.

Governor Cuomo, who in mid-March criticized the legislature for adjourning, saying, “If we can ask nurses to put on hazmat suits and take blood, we can ask elected officials to come sit at a desk and vote on a piece of legislation,” lately seems content to have lawmakers out of the Capitol, and says they are “working harder than ever” helping their constituents. Cuomo says he is still consulting the legislative leaders about all of the decisions that he is making; “they are very much engaged in everything that we are doing” however some rank and file lawmakers feel they have been left on the sidelines of New York’s coronavirus response decisions, reluctantly deferring to the Governor and his team of advisors.

Hardly a day passed in recent weeks without Governor Cuomo threatening massive cuts to education, hospitals, police, and all other local aid, should New York not receive $61 billion in 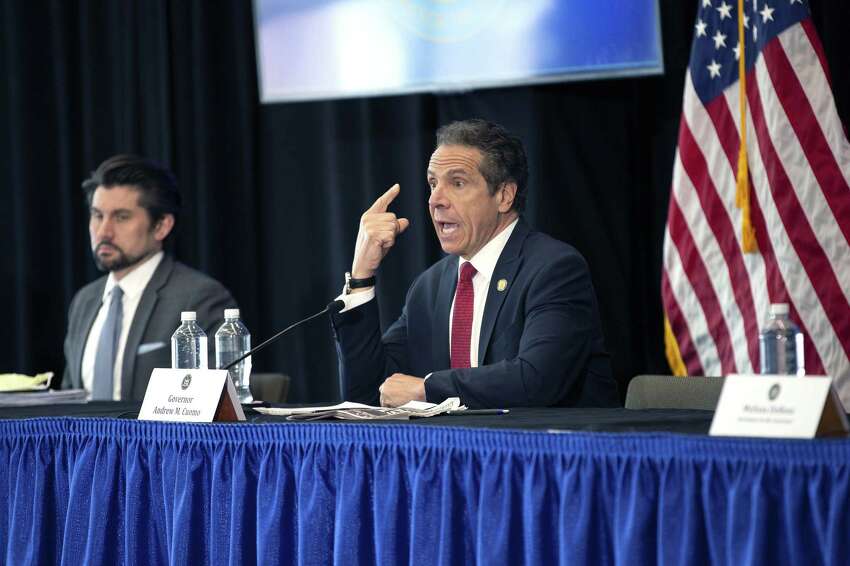 federal aid, and quickly. But after the House of Representatives passed a $3 trillion relief bill titled the HEROES Act, the same day that proposed budget cuts were expected—but never reported—from New York’s Division of Budget, Cuomo has dialed back on his clamor for federal aid, instead spelling out his support for the House bill, that includes almost $1 trillion in relief to state and local governments, temporarily repeals the SALT tax deduction cap, expands unemployment insurance, and provides additional funding for testing and tracing.

The Majority Conference in the U.S. Senate has predominantly dismissed the measure, with Majority Leader Mitch McConnell leading the resistance, calling the bill a “1,800-page seasonal catalog of left-wing oddities” and a “totally unserious effort.”  Republicans believe they can counter the Democratic drumbeat by focusing on how over-the-top the House proposal is, with its plethora of liberal policies, but Democrats believe the Republicans ultimately will feel pressured to come to the table.

Republicans are also putting forward rescue packages of their own, though none have been embraced by either the party leadership or the White House. Sen. Bill Cassidy (R-La.) and Sen. Bob Menendez (D-N.J.)  introduced the SMART Act , a bipartisan bill that would provide $500 billion in funding to state and municipal governments, as opposed to the $1 trillion program introduced in the House bill. Several other Senators on both sides of the aisle have signed onto the bill, indicating—at least primarily—where the Senate is willing to draw the line in funding localities.

The Senate adjourned for the Memorial Day recess as scheduled, but  Majority Leader Mitch McConnell set up a full schedule for when lawmakers return in June, after some vulnerable Republicans, running for reelection in battleground states,  expressed frustration over the party’s slow approach on the next round of coronavirus relief. The Senate’s June schedule will include votes on the fiscal 2021 defense authorization bill, a public lands package, a series of votes to confirm more of President Trump’s nominees, and extensions and modifications to the small business Paycheck Protection Program (PPP).

Sen. Cory Gardner (R-Colo.), who is up for reelection this fall, had threatened to block the Senate from going on recess without resolving the PPP issue. But he relented after a  bipartisan group of senators reached agreement on a bill that would give businesses 16 weeks instead of eight weeks to spend the loans while still qualifying for forgiveness. It would also allow businesses to use loans to purchase personal protective equipment for employees and to pay for other “adaptive investments” needed to reopen safely. The proposal is different than one that the House of Representatives plans to pass next week. The House legislation would give small business borrowers 24 weeks to spend the loan funds while also eliminating a requirement that they spend at least 75 percent of the money on payroll — a provision left out of the Senate compromise. 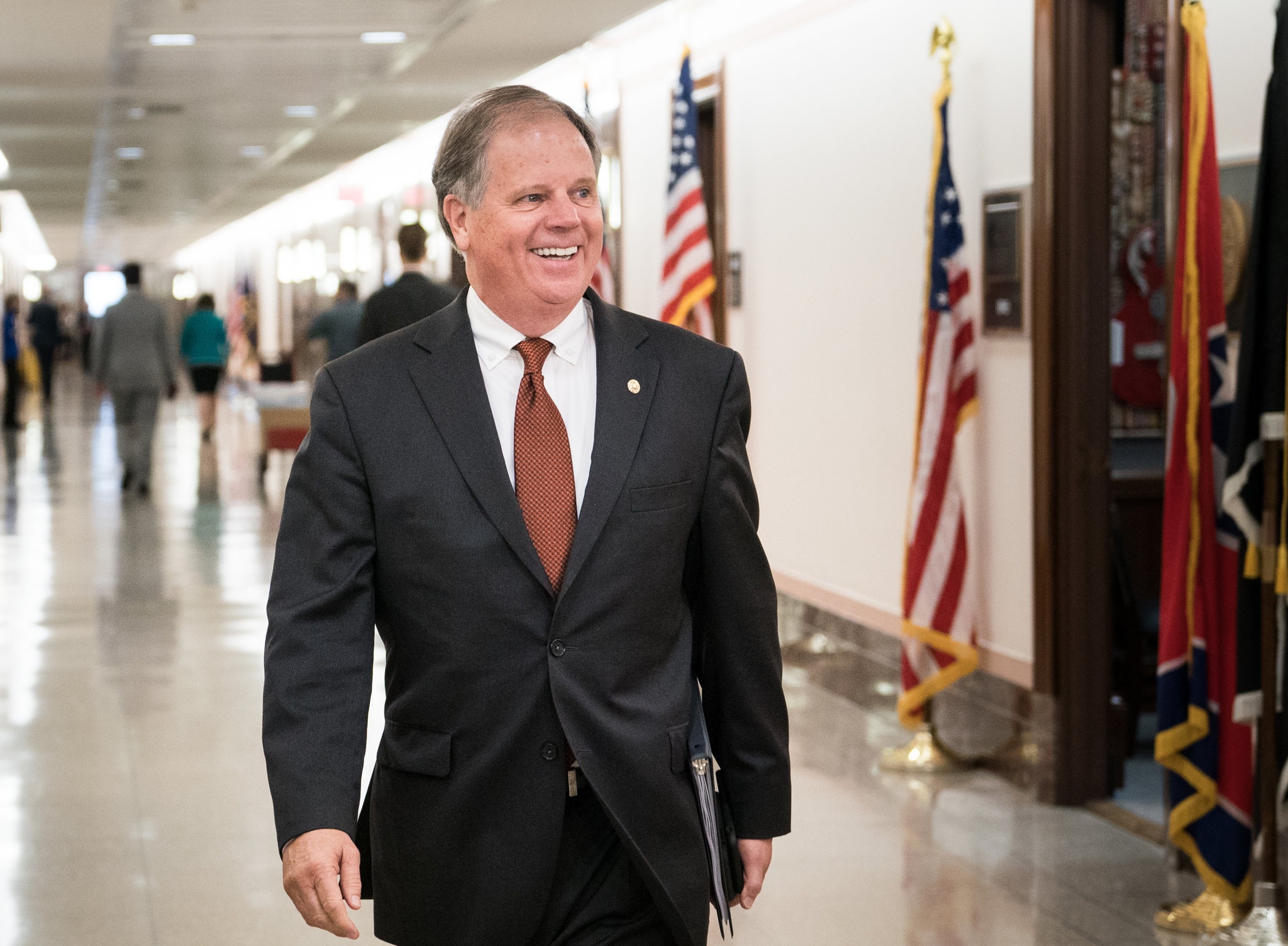 How the Trump Effect Could Lift Democratic Senate Candidates

A driving theme of Republican Party politics circa 2020 is consolidation. The G.O.P. has tightened its ranks; its reliable voters, hovering at around 40 percent of the electorate, tend to approve of almost anything  President Trump  does. Yet throughout his term, from the 2017 battles over health care and tax cuts to his impeachment and subsequent acquittal early this year, very few people from outside the party have been coming aboard. [Read more.]

The Germs That Transformed History

The Covid-19 pandemic is an almost unique phenomenon in world history. The only precedent for its rapid spread to every continent, killing people everywhere and devastating both local economies and world trade, was the flu pandemic of 1918-19. For eons, epidemics have caused mass deaths and social upheaval, with far-reaching effects on politics, trade, migration, colonization and conquest. [Read more.] Cocktails-to-go may no longer just be characteristic of pandemic times. State Senator Brad Hoylman, who represents much of Lower and Midtown Manhattan, has introduced legislation that would allow bars and restaurants to continue offering wine, beer, and cocktails for takeout and delivery, for two years following the end of the ongoing COVID-19 related emergency. [Read more.]

Former Vice President Joseph R. Biden Jr. has an opportunity and a challenge: He is the presumptive nominee for president taking on an incumbent weighed down by a public-health disaster and a resulting deep recession. But first, he has to get past the birds. [Read more.] 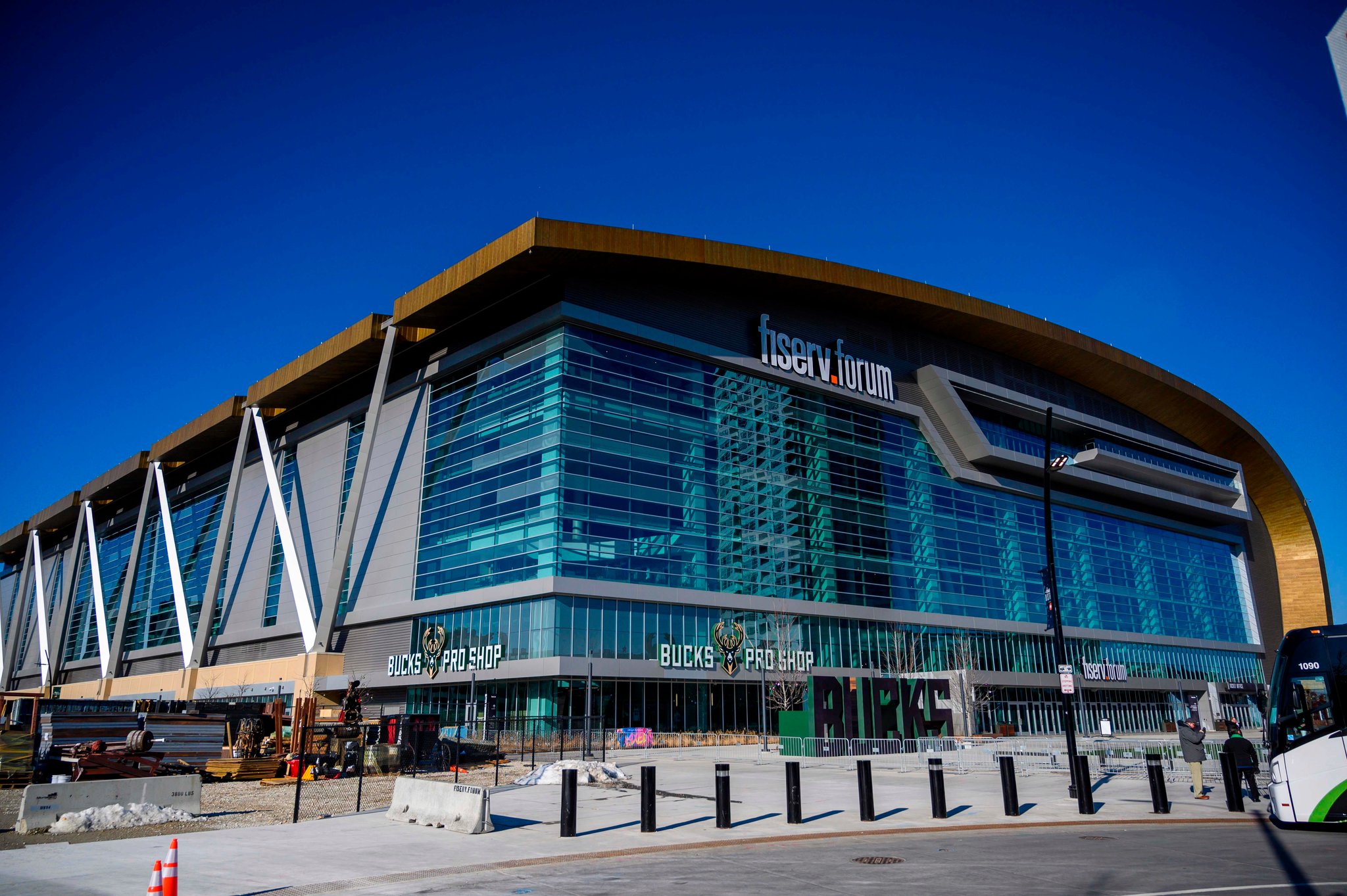 If Democrats Hold a Big Convention, Will Anybody Come?

Three months before their national convention is to  kick off  in Milwaukee, Democratic Party officials are planning for three scenarios depending on the severity of the coronavirus pandemic at the time. But the planners face a substantial problem in putting on the quadrennial event, recognizable to Americans as the traditional launch of the presidential general election campaign: Many of the delegates don’t want to go. [Read more.] 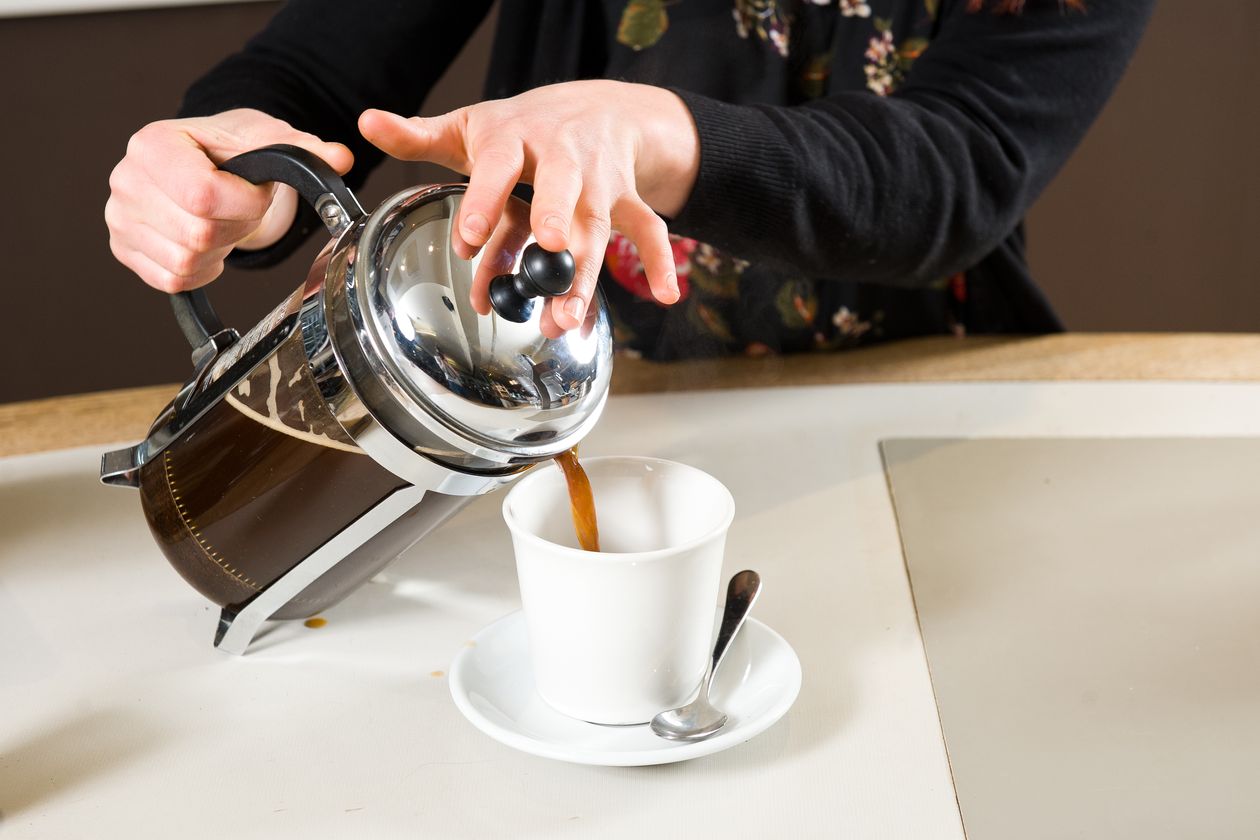 You Can Brew Better Coffee at Home. A Chemistry Professor Explains How.

If you’re craving a good cup of coffee but can’t get to your local cafe, don’t worry. Dr. Coffee has your back. The doctor, aka Christopher H. Hendon, teaches computational materials chemistry at the University of Oregon. But on the side, he uses his lab skills to help baristas improve their brews, and some of his lessons can be applied at home. [Read more.]

And finally, goodbye to our dear friend Uncle Bunky…