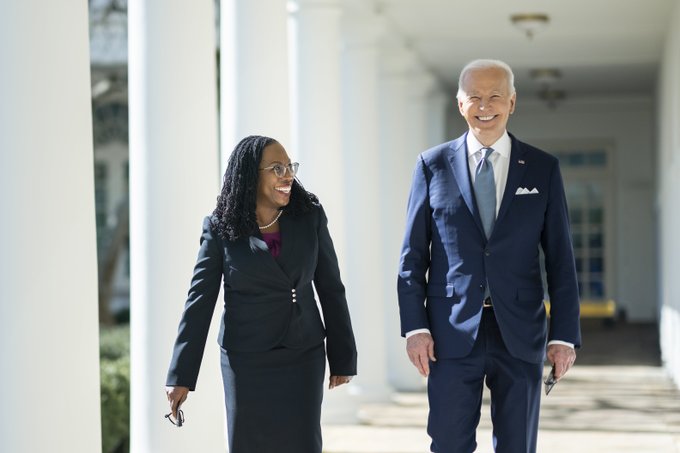 Good Morning from the negotiating tables in Albany…

This week, all eyes were on the Senate confirmation hearings for President Joe Biden’s Supreme Court nominee Ketanji Brown Jackson, which concluded Thursday. Over the course of the week, we saw the GOP ramp up attacks on KBJ, which Senate Judiciary Chair Dick Durbin said amounted to a “testing ground for conspiracy theories and culture war theories.” Missouri GOP Senator Josh Hawley led the onslaught of GOP questioning on everything from critical race theory to her record on crime. “This is a president who is presiding over a historic crime wave. So, if they want to dismiss parents’ concerns about their children’s safety, and if they want to dismiss concerns about crime as a conspiracy theory? Take that argument to the polls,” Hawley told reporters outside the Senate chamber.  Hawley’s comments serve as foreshadowing of Republican strategy for midterms. On a more positive note, Sen. Cory Booker’s closing statement was touching.

The Judiciary Committee will meet in Executive Session today to consider advancing the confirmation towards a vote (note that Republicans can delay a vote in Committee up to one week, which they will likely do). This sets up a Judiciary Committee vote on KBJ’s nomination for Monday, April 4th but with the support of all 50 Democrats in the Senate (and potential tie breaker Vice-President Kamala Harris), KBJ is on track.

On another front, the Senate was being held hostage just before the weekend on popular bipartisan legislation to suspend normal trade relations with Russia. Kentucky GOP Senator Rand Paul is opposing the measure over what he considers overly broad language in the bill around human rights abuses. “If you don’t define what human-rights abuses are, you set up something so wide open that you could have abuse of a president who’s allowed to sanction anyone in the world for anything they feel like,” Paul said.

President Joe Biden will kick off the Fiscal Year 2023 spending discussion today. The President will release his 2023 budget request later this evening. The annual, and somewhat aspirational, outline of Administration priorities will propose new non-defense and defense spending levels and kick off a process that could culminate in an appropriations showdown before the end of the year. Hear more on what’s expected in the proposal here.

It is time to remind our readers of the traditional late March Albany adage: “the budget process has blown up.” Some of the issues at hand include a replenishment of the Excluded Worker Fund, how much to spend on Child Care, whether the state will supplement federal transportation funding, a proposed managed care re-procurement, and how to spend billions in funding from the federal government appropriated in the American Rescue Plan Act and the Infrastructure Investment and Jobs Act. However, no issue is more controversial (or combustible) than the Governor’s recent 10-point public safety plan. The Governor’s proposal partially rolls back the Legislature’s landmark 2019 bail reform proposal—which as a refresher eliminated cash bail for most misdemeanor and non-violent felony charges, and required judges to consider a person’s ability to pay in cases where bail is set.

The blowup all began with a New York Post story on the plan, which specifically outlined the rollbacks and linked to a memo from the Executive Chamber. The story came after Hochul had previously indicated some solidarity with Speaker Carl Heastie and Senate Majority Leader Andrea Stewart-Cousins, who have repeatedly rejected any changes to the law. “I think the general sense is that nobody in our conference is wanting to go backwards,” said Stewart-Cousins.

What changed? Some people—mostly in the GOP—think a recent speech by former Governor Andrew Cuomo set the wheels in motion for rollbacks. That is not true. Crime is rising and it is of increasing concern to voters (it is at the top of the list with inflation, Ukraine, COVID, and right now none of these issues favor Democrats.) Anyway, the roll out of the bail reform changes has not gone well.

Again, at first it looked like a response to Cuomo’s speech, but Hochul denied the leak. Then, Lieutenant Governor Brian Benjamin ran away from reporters, then Hochul said that she would not be negotiating the plan in public… minutes before doing just that with a joint Hochul/Benjamin op-ed and coordinated campaign to influence the public and legislature. On Friday, in an effort to reset, Hochul had an impromptu drop-in with the Legislative Correspondents Association, stopping by the Capitol offices to chat with the LCA on the plan, saying “There’s urgency out there. New Yorkers want us to do this now. In my opinion, time is of the essence.”

Now, plenty of Democrats in the legislature support the changes, but more want no changes. Some observers see an ability to adopt a couple of points in the 10-point plan, such as increases in funding for mental health treatment, an extension and expansion of Kendra’s Law, or a boost in funding for pretrial and diversion programs. Regardless, things have gotten interesting in Albany and you will want to stay tuned. As a reminder, State Fiscal Year 2022-23 starts this Thursday at midnight.
Are you watching for something specific in the budget?
Reach out to our team for help.

In other news, Steven Wilhite, the creator of the GIF, who was clear it was pronounced “Jif” passed away last week. We honor him by including the first GIF ever made.

We also note the passing of former Secretary of State Madeleine Albright. In 2008, at the Democratic National Convention in Denver, this author saw her unable to get into the convention. My surprise and obvious sincerity was enough to overcome the doubt of several security guards and she gained admittance. True Story.

On a happier note, we would like to congratulate our own Camille Brandon on her inclusion in City & State’s2022 Above & Beyond Awards, recognizing 50 remarkable women who are improving New York.

She does go above and beyond and we are very pleased to see her received this well-earned recognition.
It is an honor to have her on the OD&A team! Read more about her award below.

What’s in the state budget for you?

From One House budgets, to healthcare, to public safety and the environment & energy, Jack gives a brief overview.

Check out our podcast:
“From the Lobby with Jack O’Donnell”

Is Andrew Cuomo launching a comeback or repairing his image? Will the funding for a new Buffalo Bills stadium make the final New York state budget? Will the legislature pushback on the governor’s financial commitment?
Our Jack O’Donnell tells us what’s happening behind the scenes in Albany on WBEN’s A New Morning, and in this report from News 4 Buffalo.

Sucro Sourcing, the Florida-based sugar company that’s moving into the former Bethlehem Steel site, plans to have its $21 million plant operating by the end of the year. [Read more.] And this report from WBFO.

Camille is among 50 New York women being highlighted by City & State for exhibiting exemplary leadership in their fields and making important contributions to society. [Read more.]