As New York State continues to reopen and coronavirus restrictions ease, the protests in response to the tragic death of George Floyd have captivated all of us and are galvanizing action in the state legislation.

The Senate and Assembly will both convene tomorrow to take action on a package of police reforms that includes the repeal of 50-a, a controversial statute that allows municipalities across the state to shield police disciplinary records from the public. California used to have the most restrictive law of this kind in the country until two years ago when the state legislature dismantled it; now that distinction belongs to New York. The measures also include the codification of an Executive Order establishing the State Attorney General as a special prosecutor for police-civilian killings, a ban on racial or ethnic profiling by police, and a permanent ban on chokeholds under the so-called “Eric Garner Act,” which would also mandate police departments to provide medical training to officers.

After several days of negotiations between the Senate and Assembly on the multiple bill package, Governor Cuomo announced his own “Say Their Name” criminal justice agenda, including many of the same issues under consideration by legislators. This further exacerbated tensions between the legislative and executive branches, with several lawmakers anonymously complaining that Cuomo had not been involved in negotiations. On the record, Senate Majority spokesman Mike Murphy  tweeted: “He sat on the sidelines and for some reason now tries to act like it is his agenda.”

Police. Chief Terence Monahan, the highest-ranking uniformed officer, called for a public apology after the Governor said that the NYPD failed to do its job in handling the unrest and called the police response “a disgrace”. Cuomo also undercut the bail reform that he signed earlier this year, calling for New York City’s District Attorneys to charge looters with second-degree burglary charges, instead of “burglary 3″ which is ineligible for bail under recent state reforms—another issue that several lawmakers (as well as protestors and progressives) criticized.

Cuomo was not Mayor de Blasio’s only critic this week. Thousands of New Yorkers protesting racial injustice and police brutality booed the mayor, turned their backs while he was speaking, and joined chants calling for him to resign. “The most charitable assessment is that his mayoralty is currently on life support,” Neal Kwatra, a former adviser to both Mr. de Blasio and Mr. Cuomo. The Mayor’s unpopularity surged after he delivered a staunch defense of the NYPD’s tactics to forcibly disperse peaceful protesters who were out past a citywide curfew during several nights of tension.

State and City officials announced this week that relief will be provided to New York businesses that have been impacted by the surrounding turmoil throughout the state in recent days. Mayor Bill de Blasio announced a $500,000 aid package from the Mayor’s Fund —for grants up to $10,000—for mom-and-pop shops hit by the unrest. The Mayor’s Office initially encouraged businesses to turn to their insurance companies for help before making the decision to offer city assistance.” Governor Andrew Cuomo added that he has asked the Department of Financial Services (DFS), which regulates the insurance industry, “to direct insurers to expedite all claims for all looted businesses, free mediation services, to accept photos as proof.”

Although public health experts have expressed concern that mass protests will trigger a new wave of coronavirus infections, New York City, the last of the state’s 10 economic regions to open under the four-phase reopening plan, is entering Phase 1 today, more than 10 weeks after the city went on lockdown. More than 33,500 non-essential construction sites—including real-estate and office construction—are coming back online in a boost to the workforce, but health-concerned employees and looted businesses remain hesitant to return immediately to business, indicating the City’s reopening might not be so grand.

Most regions of the state are currently in Phase 2 of the economic reopening, which is sending

office workers back to their jobs and opening retail businesses to in-store customers. Last week, the State also began to allow restaurants to serve customers outdoors with social distancing guidelines in place. Mayor Bill de Blasio said he anticipates that New York City will reach Phase 2 in July, when he is also targeting a July relaunch of outdoor dining, with an expansion of curbside seating and open streets to allow eateries for the first time to convert adjacent parking spots into more seating.

New York’s local governments are continuing to hope for financial relief from Congress, but local officials are warning state lawmakers that any cut to state aid would only deepen the deficits communities are facing.  Despite proactive efforts to curb expenses, many municipalities still face millions in lost revenue, which includes at least $3 million in lost sales tax revenues. So far, the federal government has provided funding that helps New York and local governments cover expenses directly related to responding to the coronavirus pandemic, a cost that New York expects will reach $5 billion by the end of 2020.

Some help arrived for businesses as on Friday, as President Trump signed into law a bill giving companies more time and flexibility to spend funds from the federal Paycheck Protection Program, originally set up under the CARES Act. The bipartisan PPP reform, first passed by the House, overhauls the original program, which provided $660 billion to help companies generally with fewer than 500 employees. The latest fixes allow businesses 24 weeks to spend the loans, up from eight weeks under the original rule, and ease a requirement to spend 75% of funds to pay workers to gain loan forgiveness. The new threshold is 60%.

The passage of PPP reforms has likely slowed the timeline of a COVID 4.0  stimulus package. Senate Republicans have largely rejected the $3.5 trillion stimulus package, proposed by House Democrats last month, and plan to wait until late July before considering their own alternative, focused on economic reopening, rather than on stimulus spending.  Trump administration officials increasingly expect to spend up to $1 trillion on the next round of relief, a figure that is said to have the backing of Senate Majority Leader Mitch McConnell. Spikes in infection or a continued decrease in unemployment as well as election-year politics will continue to make this a volatile issue. Stay tuned. Economists Predicted 20 Percent Unemployment in May. How Did They Get It So Wrong?

Economists predicted the official U.S. unemployment rate would hit 20 percent — or really close to it — in May. Instead, the world learned Friday morning that the official rate is  actually 13.3 percent , an improvement from 14.7 percent in April. It was, as economist Chris Rupkey emailed, the “biggest forecast miss of our life.” [Read more.] 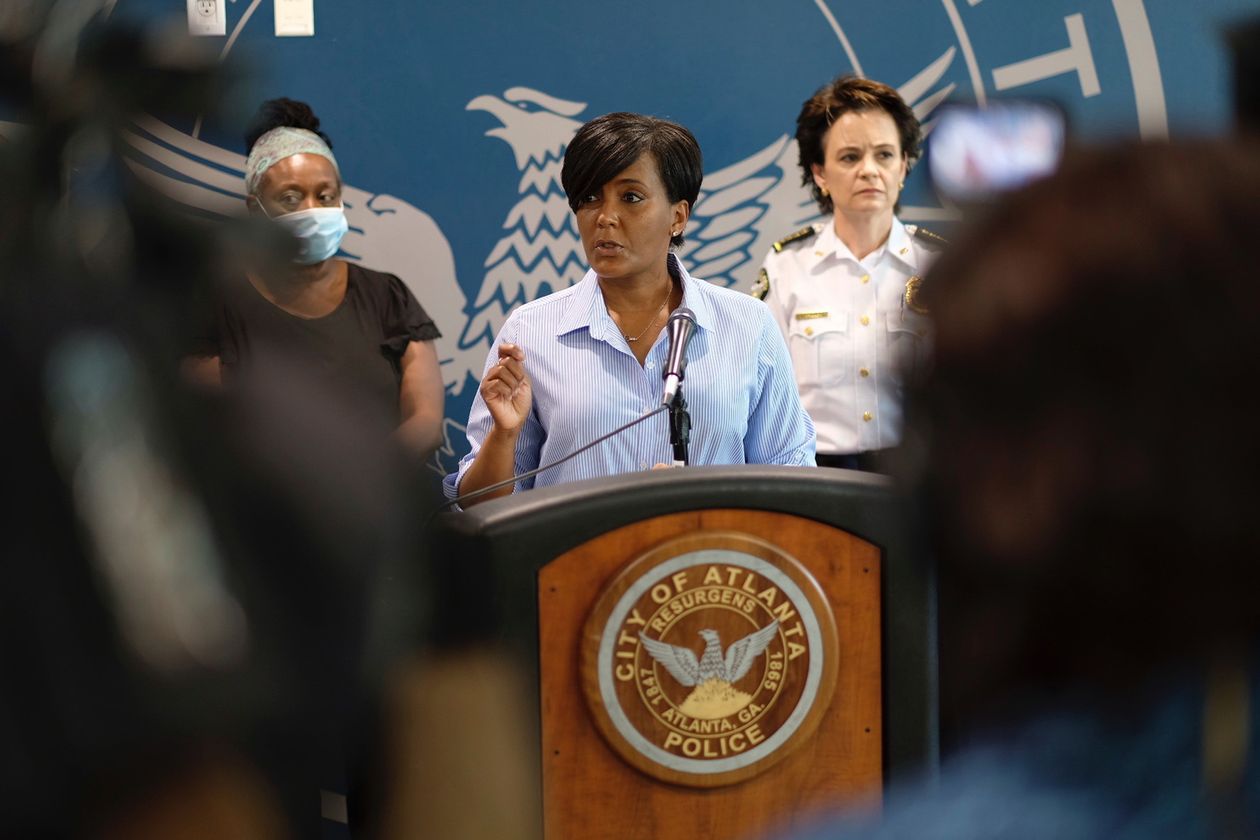 When Violence Erupted, One Mayor Found All the Right Words

On the evening of May 29, Atlanta Mayor Keisha Lance Bottoms received word that a peaceful demonstration in her city over the death of George Floyd had taken a violent turn. In a four-minute speech, Atlanta’s Keisha Lance Bottoms implored rioters to go home. It was a master class in constructive scolding. [Read more.]

New York is quiet. Listen to the birds.

When the pandemic collided with the spring migration, the sounds of the city changed overnight.
Here are 13 birds that you can hear right now. 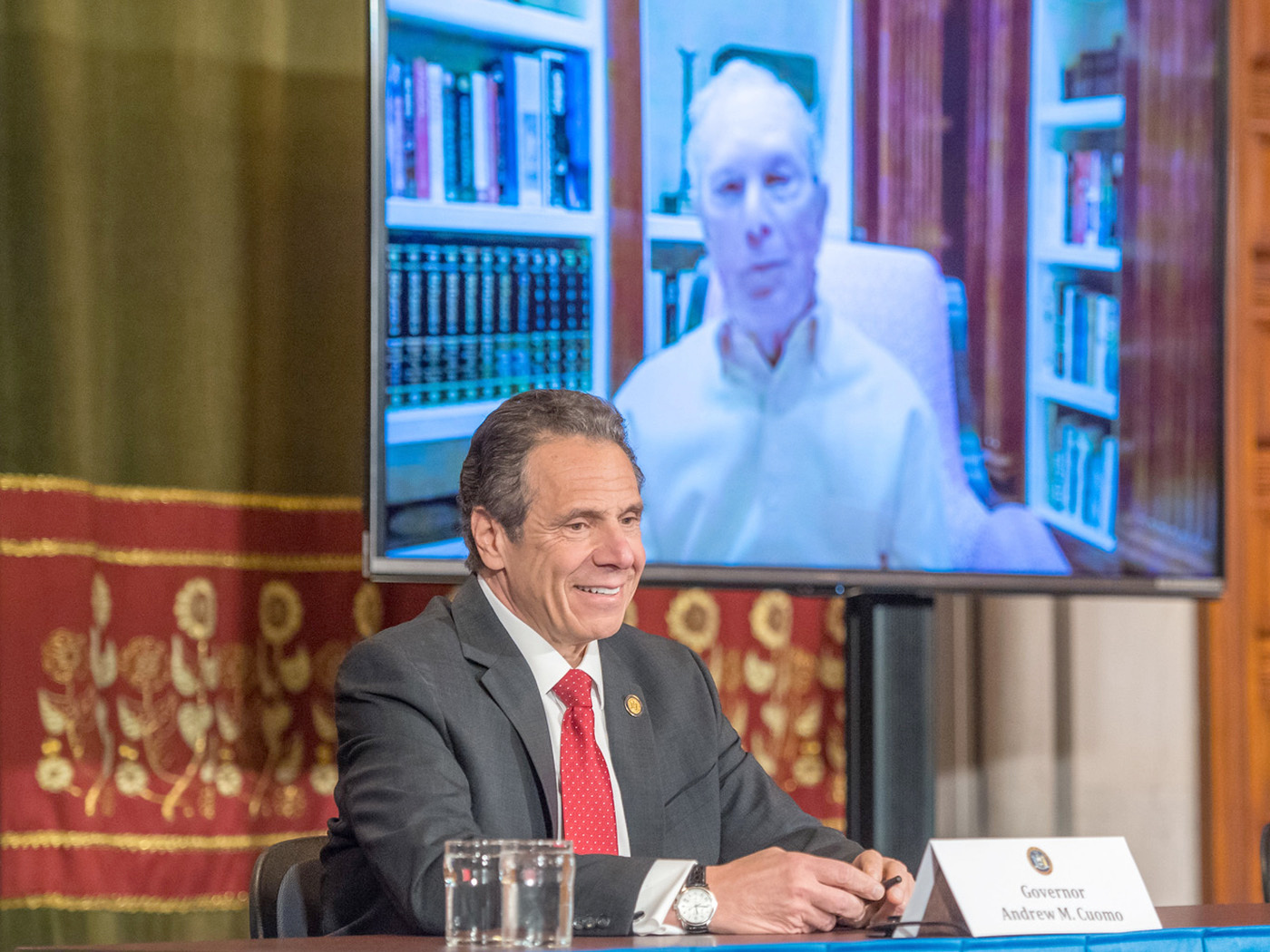 Numerous county officials across upstate New York said a new contact-tracing program used by the state to pinpoint incidences of COVID-19 has glitches, and many municipalities are opting to break away from the state’s plan and instead use their own systems. [Read more.] 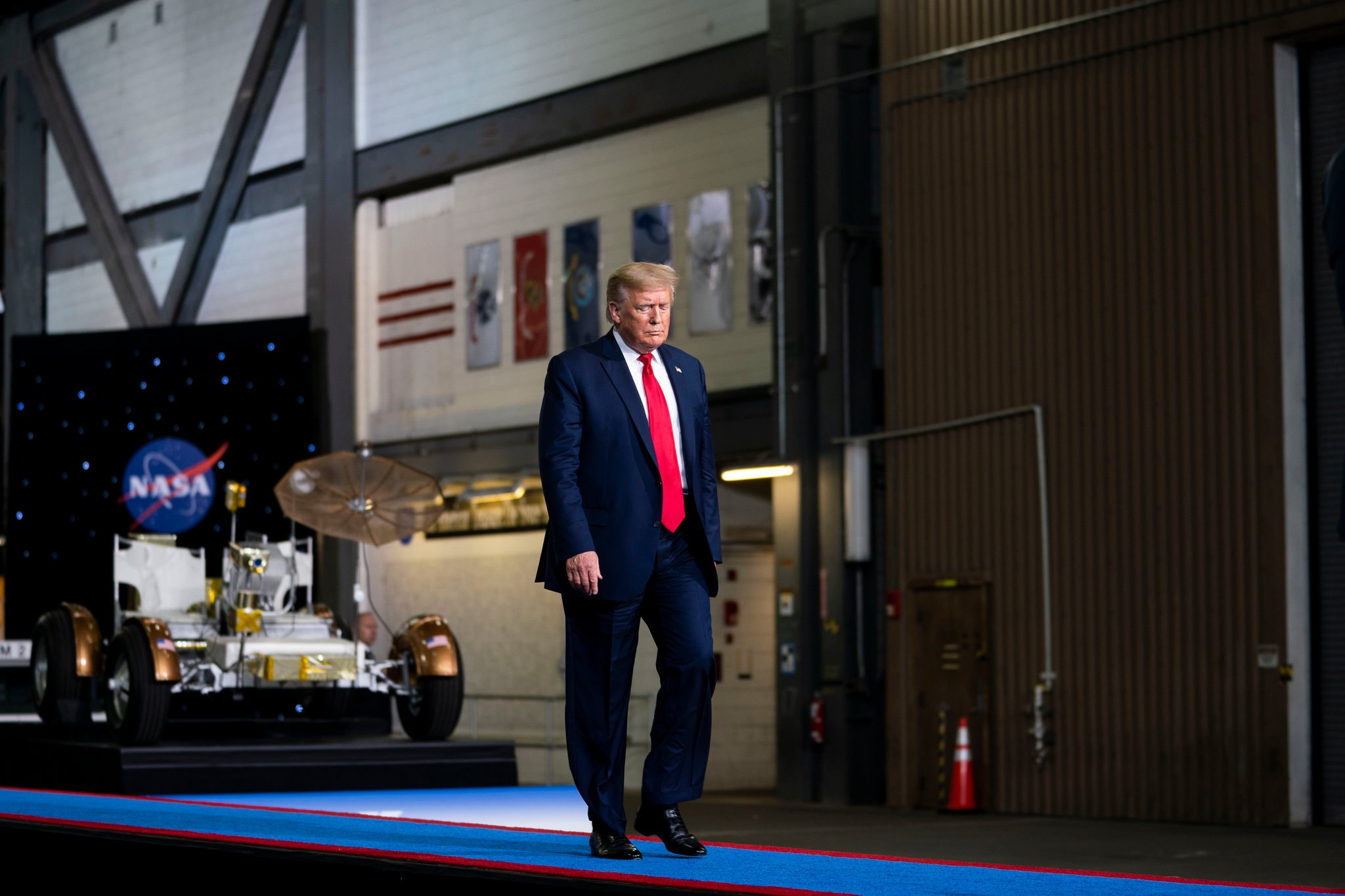 President Trump is facing the bleakest outlook for his re-election bid so far, with his polling numbers plunging in both public and private surveys and his campaign beginning to worry about his standing in states like Ohio and Iowa that he carried by wide margins four years ago. [Read more.]