“O’Donnell & Associates is on the move,” says Managing Partner Jack O’Donnell.
The firm jumped from the Top 50 in 2021 to the Top 30 in City and State NY lobbyist rankings for 2022.
The list highlighted OD&A’s biggest achievements, recognizing how we are delivering for our clients. [Read more.]

Ecclesiastes says, “Two are better than one, because they have a good return for their labor (Ecclesiastes 4:9-12).” That may or may not apply to New York’s second Primary Day this year. Nonetheless, voters had a second bite at the apple this week and the voters who turned out made important decisions for New York’s future.

The biggest primary races:
NY 3: Communications strategist and longtime Democratic National Committee member Robert Zimmerman won the Democratic Primary to fill Tom Suozzi’s seat in NY’s 3rd Congressional District, comprised of parts of Nassau County and Queens. The race in November against Republican and former Wall Street financier George Santos is a key race for both parties in the fight to control the House. Republicans made gains locally in 2021 and see this as an opportunity to flip a seat in a deep blue state.
NY 10: Attorney and political commentator Dan Goldman, endorsed by the New York Times, defeated a number of Progressives in the crowded 10th district. Throughout the campaign, Goldman touted his work as lead counsel for the House of Representatives in the first impeachment of former President Trump while other candidates such as Yuh-Line Niou, Jo Ann Simon, Liz Holtzman, and Mondaire Jones ran on their progressive records in Albany and Washington. The Working Families Party released a statement that was anything but conciliatory, fueling speculation that Niou may challenge Goldman in November from the WFP line. Goldman thoroughly outspent his rivals with some help from Levi Strauss.
NY 12: Longtime Manhattan House Rep. Jerry Nadler coasted in a race that was far less competitive than many expected, winning every AD against his longtime colleague in the House and fellow Manhattan Rep. Carolyn Maloney and Suraj Patel. The demographic overlap between his old district and the newly drawn NY-12 seemed to have worked in his favor but Nadler also racked up major endorsements including the New York Times and Senate Majority Leader Chuck Schumer (loyalty matters).
NY 17 : DCCC Chairman Sean Patrick Maloney soundly defeated his progressive challenger, State Senator Alessandra Biaggi, in one of the most heated primaries. More than just a contest between Maloney and Biaggi, many saw this race as a referendum on Democratic Party leadership and a challenge to the status quo similar to Alexandria Ocasio Cortez’s defeat of then Chair of the House Democratic Caucus Joe Crowley in 2018. In a speech from his victory party, Maloney said “Tonight, mainstream won….Common sense won. Democrats want candidates who get results and bring home the win.” Maloney will now face off against Republican State Assemblymember Mike Lawler in November. Maloney got help from a super PAC, Hudson Forward, who’s mail was so good, voters mentioned it to the New York Times. Biaggi said “When a majority of Congress is past childbearing age, how fierce can we expect their fight to be?”
NY 22: Francis Console, a Captain in the Navy, defeated Sarah Hood, a fellow veteran, and nonprofit manager, in a close Democratic Primary while businessman Brandon Williams beat attorney Steve Wells on the GOP side. Many “mainstream” Republicans supported Wells in this contest which may have been a factor against him according to a Syracuse University Political Science professor. Still, the race in November is considered a toss-up.
NY 23: State Republican Party Chairman Nick Langworthy defeated Carl Paladino in the redrawn 23rd Congressional District. Paladino turned out his supporters in Erie County and won soundly there. However, his margins were not large enough to hold against Langworthy’s gains in the more rural areas of the district. The victory was proof that campaigns do matter. Langworthy, drawing on his experience running other candidates’ campaigns, built a strategy in Chautauqua, Cattaraugus, Allegany, Steuben, and Ontario Counties where he won big while Paladino focused primarily on urban centers and national media. The campaign was downright ugly at some moments. Langworthy is the overwhelming favorite in November to replace Chris Jacobs. Buzz continues to grow about Jacobs as a candidate for Erie County Executive in 2023.

The Washington Post argued that moderates were the big winner of Tuesday’s primary in New York but in reality, incumbents won. All state Senate incumbents won their party primary, many of whom faced challenges from the Center, not the Left. One of the most watched races was in the Bronx.

Senate Health Chair Gustavo Rivera successfully defended his seat against a more moderate challenger in Miguelina Camilo who had the support of the Bronx Democratic Party. OD&A has worked closely with Senator Rivera to protect safety-net healthcare providers and we were proud to support his campaign.

There were also special elections to fill vacant congressional seats:

NY 19:  In the Hudson Valley, Ulster County Executive Pat Ryan defeated Republican Marc Molinaro to fill Lt. Governor Antonio Delgado’s seat in what many considered to be a bellwether election and a harbinger as to which party will fare better come November. Ryan centered his campaign on reproductive rights and it worked. Voter turnout was high; Ryan even outperformed Biden’s 2020 margins in that district. Hochul campaigned for Ryan and raised some eyebrows when she said “And we are here to say that the era of Trump, and Zeldin and Molinaro, just jump on a bus and head down to Florida where you belong, ok? Get out of town. Because you do not represent our values. You are not New Yorkers.”
NY 23: Joe Sempolinski, a Republican, defeated Democrat Max Della Pia to serve the remainder of Congressman Tom Reed’s term. However, the race was much closer than expected. Sempolinski severely underperformed compared to Trump’s margins in 2020 as Democrats got enormous majorities in Tompkins County. Voter turnout was high, particularly in Ithaca, and Della Pia won 85% of the vote there and even made small gains in Cattaraugus County. That turnout—without other major primaries on the ballot—is an indication that Democrats are regaining some of the enthusiasm that we have seen from Republicans already this year.

In the four special elections across the country since the Supreme Court released the Dobbs decision, Democrats have outperformed Biden’s 2020 margins in all of them. Following the two special elections in New York on Tuesday, the Cook Political Report scaled back their prediction of massive GOP gains in November. The report’s editor and election guru Dave Wasserman tweeted that the possibility of Democrats holding the House was “not out of the question.” Republicans, who were once projected to flip 20-30 seats, only need to net five seats in November to gain the majority and there are a number of Democrats defending seats in districts Trump won soundly in 2020. Voter turnout among Republicans and Independents is sure to be higher in November and a lot can change politically between now and then but the picture for Democrats looks far more hopeful than it did two months ago.

Senate Minority Leader Mitch McConnell sounds increasingly bearish on his party’s chances of taking back the Senate. The longtime Kentucky Senator said, “I think there’s probably a greater likelihood the House flips than the Senate. Senate races are just different — they’re statewide, candidate quality has a lot to do with the outcome.” Dr. Mehmet Oz, whose campaign in Pennsylvania is floundering, insisted McConnell was not talking about him despite being down heavily in the polls against Lt. Governor John Fetterman. Republican JD Vance is getting a run for his money from Representative Tim Ryan in Ohio where Ryan has been relentless in portraying Vance as an “out of state, out of touch millionaire.” According to the polls, it’s working. In Georgia, Herschel Walker offered “[Biden and Warnock] try to fool you like they’re helping you out, but they’re not. They’re not helping you out, because a lot of the money is going into trees. You know that, don’t you? It’s going into trees. We’ve got enough trees. Don’t we have enough trees around here?” It remains to be seen how the anti-arborist position will play with the voters.

And finally, the University of South Carolina is looking for a name for its new, live rooster mascot. The presently nameless bird was formerly known as “Sir Big Spur”, but a trademark dispute between current and former owners means a new name is needed. The early leader in the clubhouse?  Cock Commander.

“This is not a landslide. Every vote mattered. Nick Langworthy’s experience running campaigns paid off,” says our Jack O’Donnell. Listen to more political analysis on the tight race for #NY23 & other primary results with Susan Rose of WBEN’s ‘A New Morning’. 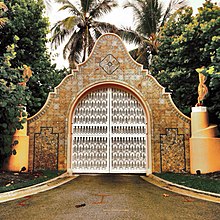 Foreign Politicians, an Indicted Election Clerk and Vanilla Ice: Inside the Revolving Door of Trump’s Mar-a-Lago 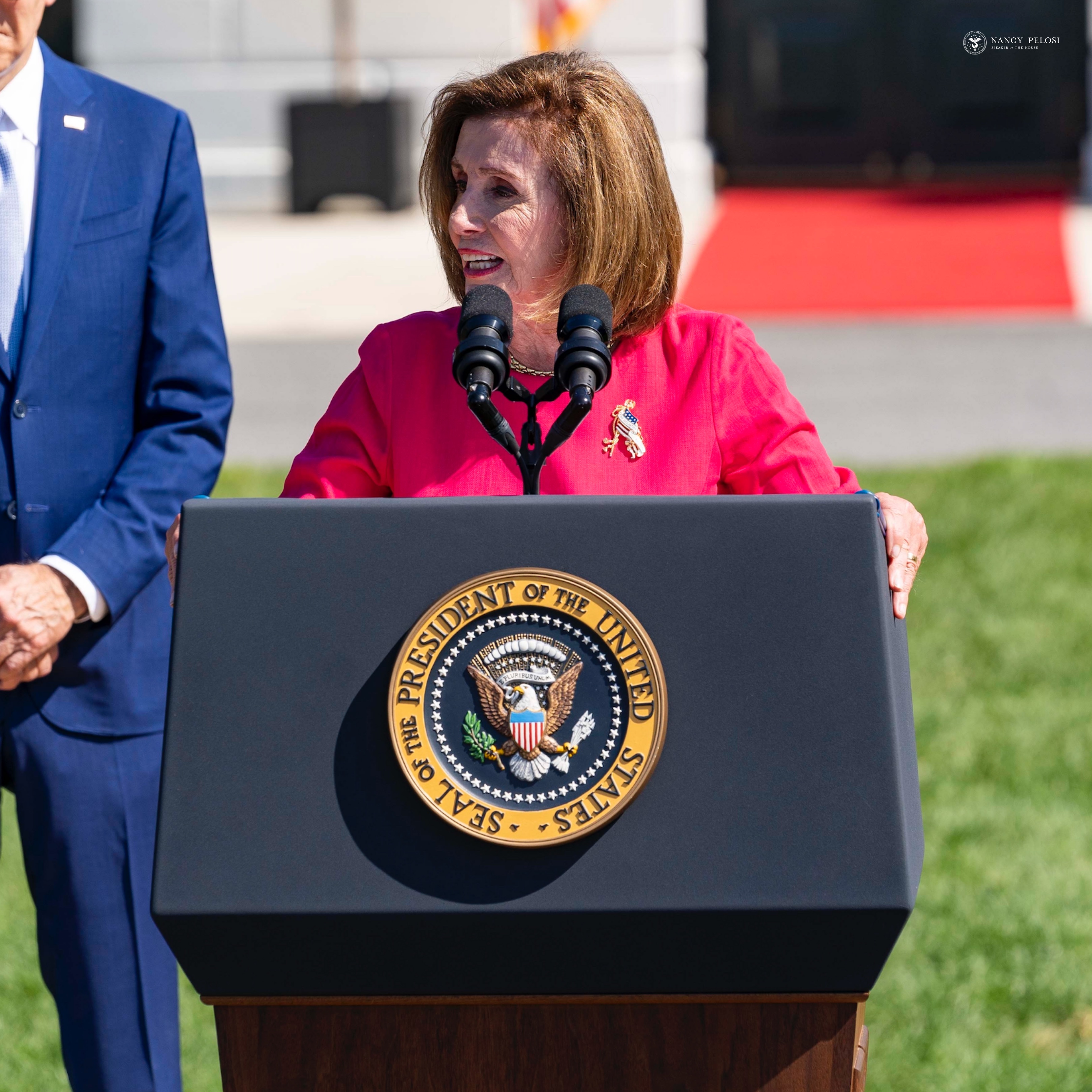 Democrats are voicing growing confidence about limiting losses in the House and potentially even salvaging their majority in the midterm elections, with candidates and allied groups making moves to capitalize on a backlash to abortion restrictions, signs of improvements in the economy and opposition to Donald Trump. [Read more.]

AG: What New Yorkers Should Know Amid 'Rise' in Mail Theft

The America Trap: Why Our Enemies Often Underestimate Us

Is George Santos the Only One Lying? We Checked.

In Michigan, Dem. Women are Rising. Now Some are Weighing a Senate Run.

RIP Regal Union Square, Another Awful Movie Theater That We All Loved to Hate