Supreme Court Justice Ruth Bader Ginsburg died Friday at 87. Ginsburg’s career on the nation’s highest court spanned 27 years. An architect of the legal fight for Women’s Rights in the 1970s, she became one of the Supreme Court’s most prominent members. With only 45 days until Election Day, her death thrusts the Supreme Court vacancy into the spotlight of the presidential campaign and sets in motion a nasty battle over who will succeed her. 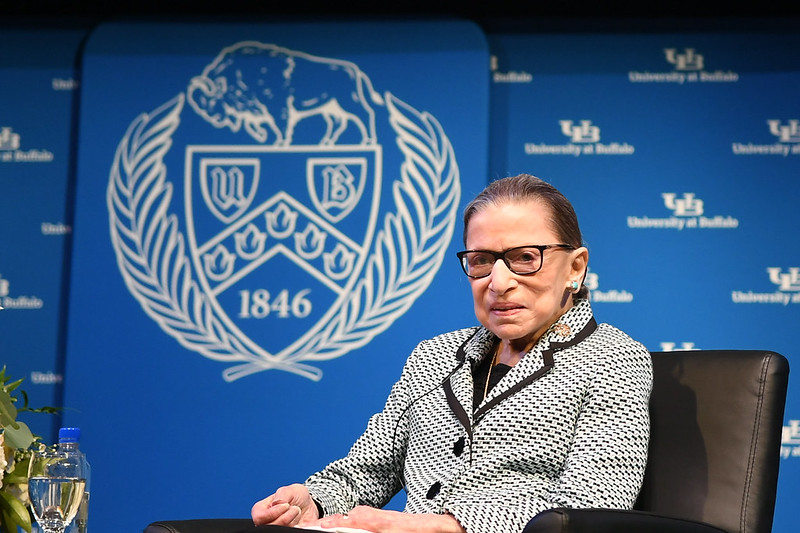 President Donald Trump said Saturday that Republicans have an “obligation” to fill the vacant seat “without delay.” Sources inside the White House say the President is working towards announcing his nominee before the first debate, which is just two weeks away. While Senate Majority Leader Mitch McConnell has the votes in his conference to confirm a nominee in the Senate, Democrats have promised to fiercely fight any nominee proposed over the next month and a half. And McConnell needs to hold his members, especially in light of the “McConnell Rule” where, in 2016, McConnell declared it was too close to a presidential election to confirm or even hold hearings on Merrick Garland in a categorical rejection of then President Barack Obama’s authority.

So far, two Republican Senators, Lisa Murkowski of Alaska and Susan Collins of Maine, have announced their opposition to a vote before Election Day. Meanwhile, Senate Minority Leader Chuck Schumer told Congressional Democrats on a conference call Saturday that that Democrats number one goal in the upcoming Senate and Presidential elections is to communicate what is truly at stake on the Supreme Court and that “nothing is off the table next year” if Republicans move forward before the November elections, perhaps including “packing the Court” with new members. In a speech in Philadelphia yesterday, Democratic Presidential nominee Joe Biden said that any Supreme Court nominee should be withdrawn if he wins the election, slamming McConnell and Trump’s rush to confirm a new Justice as nothing more than “an exercise in raw political power.” 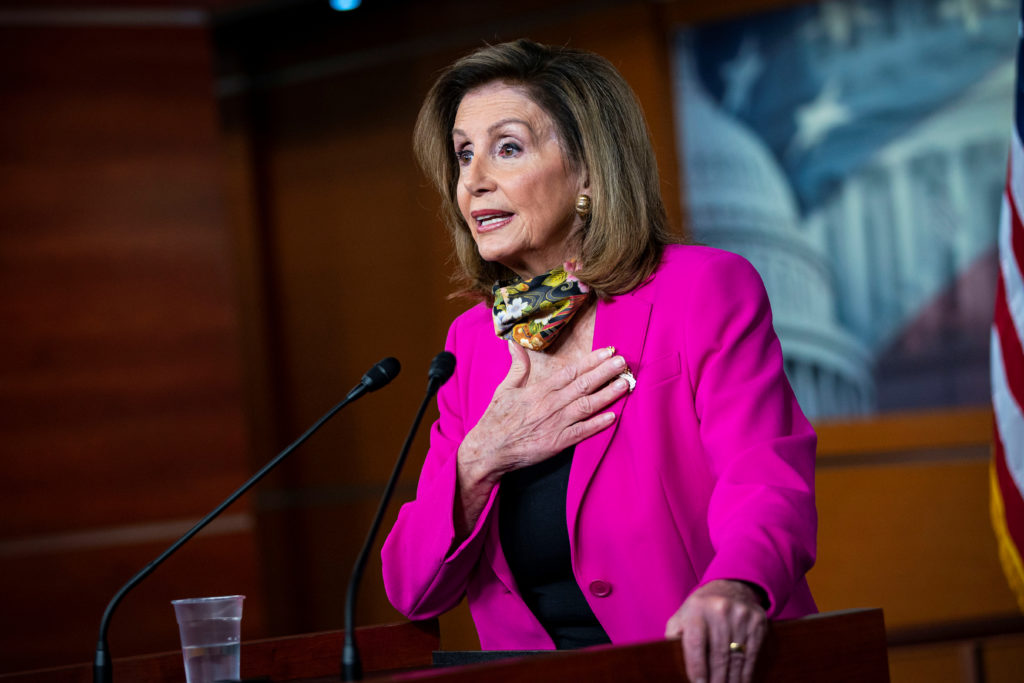 in the middle of a pandemic. Congressional leaders missed a self-imposed deadline on Friday to strike an agreement on legislation that would keep the government open through December 11, with House Democrats now hoping to file the stopgap spending bill by Monday. Decision makers remain deadlocked on several main issues including a White House demand for tens of billions in aid to farmers, $2 billion in pandemic food assistance, and the end date of the stopgap measure with Republicans hoping for a December renegotiation in lame duck, and Democrats hoping to punt into a new Congress (which would be favorable should they seize control of both Houses in November). Democrats are also negotiating to continue the Census count into February, giving a potential Biden Administration the ability to weigh in on any final reapportionment numbers.

The difficulty in coming to an agreement on even a short term spending bill underscores the distance between decision makers and the fact that the larger discussions on another COVID-19 relief bill are even more tumultuous. After the $500 billion Senate GOP “Skinny” Bill failed on the Senate Floor, House Speaker Nancy Pelosi dismissed a $1.52 trillion proposal from the bipartisan House Problem Solvers Caucus—led by Republican Rep. Tom Reed from New York and Democratic Rep. Josh Gottheimer of New Jersey—saying that House leadership can “only go so far” in coming down in funding level from the $3 trillion proposed in the HEROES Act in May. 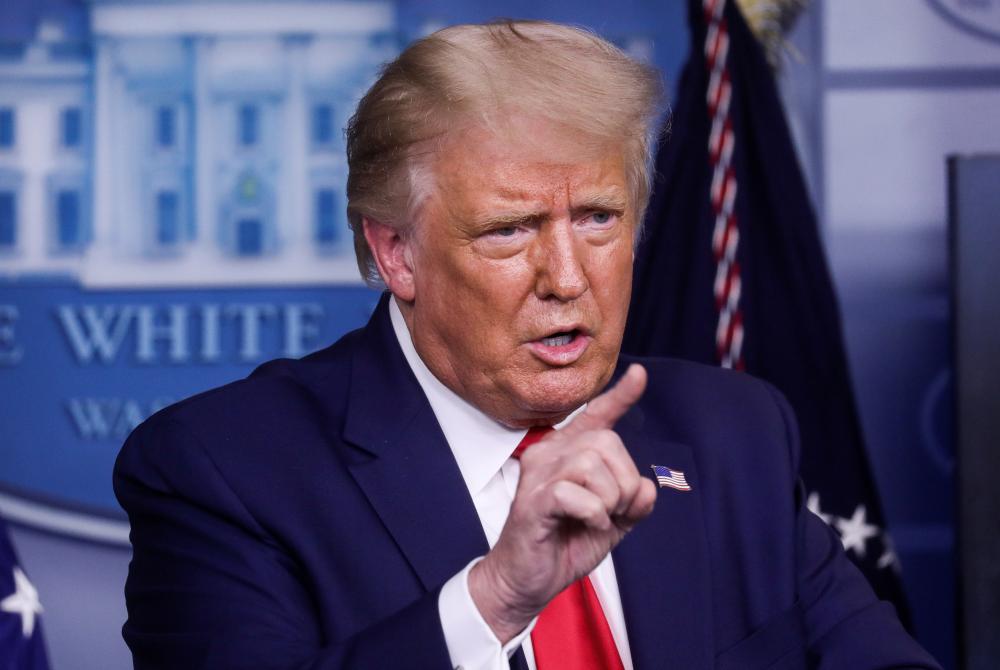 President Donald Trump threw a curveball calling on Republicans to “go for the much higher numbers” in the next stimulus package and signaled openness to supporting the Problem Solvers Caucus proposal. But Senate and House Republican leaders were not enthusiastic about the President’s proposal, remaining strongly opposed to any high levels of spending on state and local government “bailouts.” Trump said, “Some of the Republicans disagree, but I think I can convince them to go along with that because I like the larger number. I want to see people get money.”

More than anyone else, Trump’s statement provided cover for Speaker Pelosi who is being pressured by some of the more vulnerable members of her caucus to go back to the table and provide votes on smaller relief bills, similar to what the Senate Republicans tried to pass just a couple of weeks ago. House Republicans are looking to take advantage on this division in the Democratic caucus. Rep. Jaime Herrera Beutler (R-Wash.) filed a “discharge petition” to force a vote on a stand-alone extension of the Paycheck Protection Program until the end of the year. This petition is a tool of the House minority to force a vote on a bill that has been languishing in committee. It will be up for signatures this Friday, and if every Republican signs, only 20 Democrats would need to sign it to force a vote, temporarily handing over the floor to Republicans. On the vote, House Minority Leader Kevin McCarthy said, “There are a lot of Democrats out there upset with Nancy Pelosi. They could do something about it.” Expect a lot more noise in the coming weeks on a stimulus package, but keep in mind that until negotiators are at the table, it is all kabuki theatre.

Back in New York, many schools are facing rocky reopenings, and after the state teachers’ union sued Governor Andrew

Cuomo over the 20% local aid withholdings which the State budget office had committed to in order to help the New York’s $14.5 billion budget hole, Director of the Budget Robert Mujica pivoted this week, saying that schools will, in fact, get their September payments. Senate Majority Leader Andrea Stewart-Cousins and Senate Education Committee Chair Shelley Mayer issued a curt statement: “We are glad that the Governor has heeded our call and decided to not withhold the September payments for our schools. These 20% cuts would have been devastating.” However, Mujica also added that a final decision on the 20% cuts would not be made until the November elections. 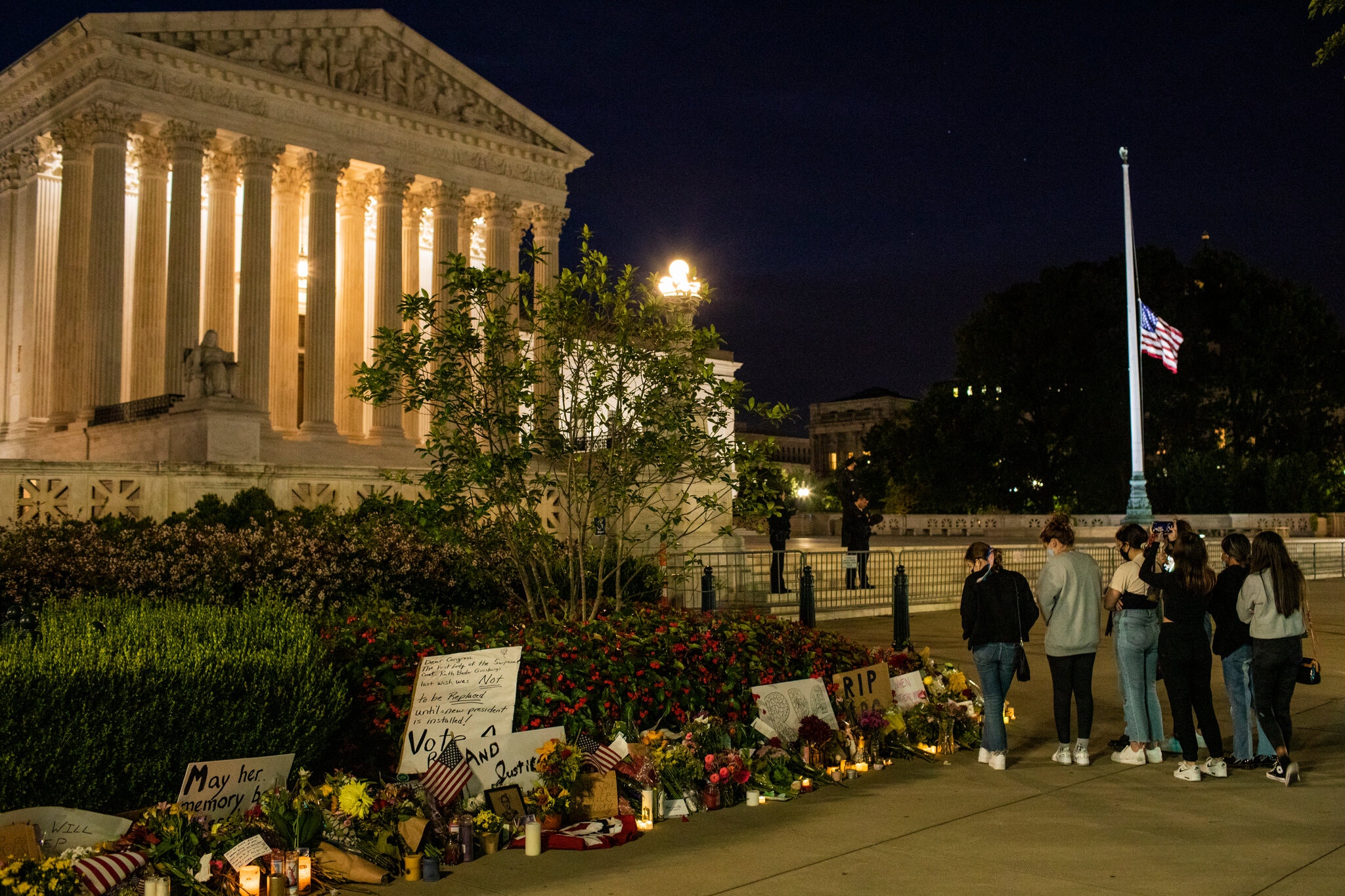 The death of Justice Ginsburg led to an outpouring of grief and upended the presidential race. Mitch McConnell, the Senate majority leader, said he would move forward with President Trump’s nominee to replace her. The Supreme Court vacancy has abruptly transformed the presidential campaign. [Read more.] A pair of military veterans representing swing districts in Congress have more than just their own reelection campaigns to think about in the final 45 days before ballots are counted. Reps. Don Bacon (R-Neb.) and Jared Golden (D-Maine) come from states in which presidential electoral votes are awarded partly on the basis of results in each congressional district, making their individual campaigns all the more important, respectively, to President Trump and Joe Biden. [Read more.] 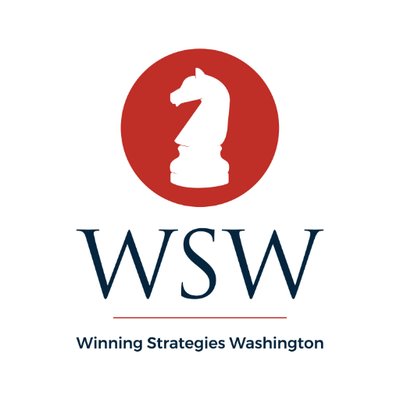 This edition of the House of Representatives update for the 2020 cycle—from our D.C. colleagues at Winning Strategies Washington—will focus on select toss-up seats: seats currently occupied by an incumbent that could go either way. After the Democratic success in the House elections in 2018, their current freshman class of 40 Members will need to be defended. [Read more.]

This edition of the House of Representatives update for the 2020 cycle—from our D.C. colleagues at Winning Strategies Washington—will focus on select toss-up seats: seats currently occupied by an incumbent that could go either way. After the Democratic success in the House elections in 2018, their current freshman class of 40 Members will need to be defended. [Read more.]

Jon Williams has maintained all along that Viridi Parente is poised to turn market-leading technology into relationships with multinational equipment makers. That moment is here. The Buffalo-based startup has inked deals with Doosan Bobcat and Case Construction Equipment. The Bobcat contract was announced this summer while details of the Case partnership will be unveiled in the coming weeks. [Read more.]

The deadline for responding to the 2020 Census is coming up on September 30. The census only comes around once every ten years—make sure you are counted!
Fill out the census today online.