Good Morning from New York…
Governor Cuomo’s gaffe dominated the headlines and social media last week. Nevertheless, Cuomo still managed to conduct other business, signing a trio of bills—a measure which would curtail out of pocket expenses for emergency room visits, one allowing prosecution of individuals who have received a presidential pardon, and one allowing for the transfer of Tuition Assistance Program funds for students who are victims of a college closure. Read more on all three measures here.

Governor Cuomo also hosted the governors of Connecticut, Pennsylvania, and New Jersey, and leaders from Colorado and Massachusetts, in an effort to coordinate a regional strategy for both vaping and adult use cannabis. Shortly after the session concluded, Cuomo’s office sent out a 32-bullet declaration of “core principles” among the four governors. These are elements leading to a “coordinated” regional approach to regulating vaping and marijuana… and potentially offering a preview of the structure of an adult-use package in this year’s Executive Budget . . . however, without buy-in from the New York State Legislature, these may never be heard of again.

Also offering a preview of the Executive Budget was Budget Director Robert Mujica: last week he wrote agency heads reminding them to adhere to the annual 2% spending cap on everything except for Medicaid and School Aid.

Arguments for and against regulation of the growing ‘gig economy’ unfolded last week at a Senate hearing. After California passed a firm definition for independent contractors and employees that reins in companies like Uber and Lyft, the Governor and the Legislature alike have indicated similar legislation will be a priority in New York’s 2020 Legislative Session. Legislators at the hearing hosted by Senator Savino’s Internet and Technology Committee heard from industry and labor stakeholders on both sides of the issue including the Internet Association, the Business Council of New York State, and the AFL-CIO. Amendments to Senator Savino and Assembly Member Crespo’s legislation will likely be made in the coming weeks.

And finally, in Washington D.C. after a stop gap measure was passed to start Federal Fiscal Year 2020, long-stalled Appropriations are—sort of—moving. Senate Majority Leader Mitch McConnell is turning the Senate toward trying to pass a set of long-stalled appropriations bills. McConnell said the Senate will try to take up two packages of spending bills next week. The first, as an olive branch to Democrats, will include domestic priorities. The second package will include a mammoth defense bill, which is considered a top priority for Republicans. McConnell’s announcement comes as top appropriators, tasked with funding the government, have been meeting to try to break the stalemate that led to a short-term continuing resolution. Of course, impeachment activities or President Trump may find a way to change that schedule. 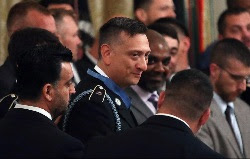 In the end, David G. Bellavia concluded he will always be a soldier. The Medal of Honor winner from Orleans County said he will not seek the virtually guaranteed nomination of Republican leaders in the 27th Congressional District for a 2020 special election. He will instead embrace the special role the Army has asked him to play since President Trump draped the nation’s highest military decoration around his neck at a White House ceremony in June. “It’s a great goal. It’s a great gift,” he said of his new full-time Army assignment. “That’s what service is.” Bellavia’s decision now opens the floodgates to what could prove an expensive, intense and divisive GOP primary throughout the eight counties of the 27th District. Already, State Sens. Christopher L. Jacobs of Buffalo and Robert G. Ortt of North Tonawanda have declared their candidacies, as has former Darien Town Justice Beth A. Parlato.

Race to Replace Rep. Nita Lowey Is Heating Up 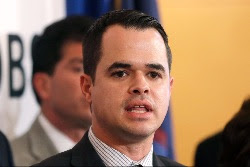 campaign for Congress, some activists in his Hudson Valley district  say his previous membership in a faction of breakaway Democrats will dog him in a primary.

Mr. Carlucci, 38 years old, has been talking to supporters about a campaign and is expected to make a formal announcement on Monday. He would seek the Democratic nomination in the 17th District; incumbent Rep. Nita Lowey announced Oct. 10 that she wouldn’t run for re-election.

Mr. Carlucci was elected to the state Senate in 2010 and immediately joined the Independent Democratic Conference, which allied with Republicans who held the chamber majority until this year. Progressive activists had long criticized the IDC for empowering the GOP, and organized Democratic primary challengers that ousted six of the eight former IDC senators in the 2018 election.

On any given day, the Trump campaign is plastering ads all over Facebook, YouTube and the millions of sites served by Google, hitting the kind of incendiary themes — immigrant invaders, the corrupt media — that play best on platforms where algorithms favor outrage and political campaigns are free to disregard facts.

Even seemingly ominous developments for Mr. Trump become fodder for his campaign. When news broke last month that congressional Democrats were opening an impeachment inquiry, the campaign responded with an advertising blitz aimed at firing up the president’s base.

Lobbyists for the state’s biggest advocacy groups — from unions to environmental nonprofits — are meeting privately with Cuomo’s office and state agencies as the budget shapes up.

Peter Iwanowicz, executive director of EPL/Environmental Advocates, is hoping combating climate change is on the agenda. He said New York must spend $1 billion to jumpstart landmark legislation that set a goal for net-zero carbon emissions across the state’s entire economy by 2050. He also called for action on solid waste and recycling, and another $1 billion annually for clean water infrastructure. “The Legislature and the governor need to show the environment the money,” he said on public radio this week. Other looming issues include the possible legalization of recreational marijuana sales to adults, which Cuomo has called one of his major priorities for the next session. 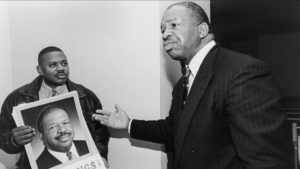 Representative Elijah E. Cummings, a son of sharecroppers who rose to become one of the most powerful Democrats in Congress and a central figure in the impeachment investigation of President Trump, died on Thursday in Baltimore, his hometown. He was 68. His death, at Johns Hopkins Hospital, was confirmed by his wife, Maya Rockeymoore Cummings, the Maryland State Democratic chairwoman. A spokeswoman, Trudy Perkins, said in a statement that Mr. Cummings died of “complications concerning longstanding health challenges.” No other details were given.
“He worked until his last breath,” his wife said in a statement on Thursday, “because he believed our democracy was the highest and best expression of our collective humanity and that our nation’s diversity was our promise, not our problem.”