President-elect Joe Biden’s first round of cabinet appointments—his foreign policy team—were announced last week. Some commentators called them “Goldilocks picks” as they were neither too progressive nor too conservative. While progressives aren’t exactly enthused, they also are not upset. One prominent Republican tweeted, “These Biden nominations and appointments are so delightfully boring.”

The moderate picks include multiple veterans of the Obama Administration. More details here. The group is also in keeping with Biden’s pledge to appoint “the most diverse cabinet” in history. Yesterday, Biden announced an all-female senior communications team that will be led by his longtime communications aide Jennifer Psaki. Additionally, the President-elect is expected to nominate the economic team that will serve alongside his anticipated Treasury Secretary nominee Janet Yellen today—according to insiders, the team will include Neera Tanden, head of the Center for American Progress, a center-left think tank, to serve as director of the Office of Management and Budget, Cecilia Rouse, a Princeton University labor economist, to be chair of the Council of Economic Advisers, and Brian Deese as chair of the National Economic Council. Tanden’s role in interparty fights will generate some progressive agita but Deese, who may not be announced until later in the week, will garner significant opposition from the left because of his work at investment giant BlackRock.

Last Tuesday, the top appropriators in the House and Senate struck a deal on spending allocations for Federal Fiscal Year 2021. House Appropriations Committee Chair Nita Lowey (D-N.Y.) and Senate Appropriations Chair Richard Shelby (R-Ala.), have been negotiating since shortly after the November 3 election. Both Speaker Nancy Pelosi (D-Calif.) and Senate Majority Leader Mitch McConnell (R-Ky.) say they want to pass all 12 bills in an omnibus package by the December 11 deadline. However, it is still unclear what President Trump will do. For instance, the White House already has made a request through the Office of Management and Budget (OMB) to add another Virginia-class attack submarine to the defense discussions.

Along those lines, President Trump and his team are doing everything possible to make their marks on the federal government through executive action and a few final appointments. For example, the Administration has finalized a rule allowing the Forest Service to use exemptions to avoid certain requirements of the National Environmental Policy Act, quickening approvals for logging, roads and pipelines on Forest Service land. They have also proposed regulations that would weaken offshore drilling safety regulations and prevent banks from excluding fossil fuels from financing. The moves are seen as a boost to the oil and gas industries but have been criticized by environmentalists, who are hoping the Biden administration will reverse them. Trump is likely to sign a handful of executive orders to cement his agenda on immigration, China, and other matters, and is mulling additional pardons after giving clemency to Michael Flynn, his former national security adviser who twice pled guilty to lying to the FBI but maintained his innocence.

Advisers to President-elect Joe Biden are increasingly focused on the likelihood that the United States economy is headed for a “double-dip” recession early next year. They continue to push for Democratic leaders in Congress to reach a stimulus deal with Senate Republicans before the end of the year, even that means agreeing to a much smaller deal.  With only about one week of scheduled legislative days remaining, the legislative window before the start of the next Congress in January is quickly tightening, leaving many skeptical that a stimulus deal could be reached.

Congress will be different in January, as well, as committees will change for the 117th Congress. Senator Dianne Feinstein (D-Calif.), who is 87, announced that she is stepping down as the top Democrat on the Senate Judiciary Committee after prominent groups on the left criticized her handling of Amy Coney Barrett’s Supreme Court confirmation hearing this fall. Feinstein came under scathing criticism after she hugged Judiciary Committee Chairman Lindsey Graham (R-S.C.) at the end of Barrett’s confirmation hearing and praised him. Senator Dick Durbin (D-Ill.), the Senate minority whip who is known for articulate floor speeches says he will seek to become the top-ranking Democrat on the Senate Judiciary Committee. He likely will face a challenge from Senator Sheldon Whitehouse (D-R.I.), who ranks just behind him on the panel, and represents generational change. Expect Whitehouse to be endorsed by several progressives.

Andrea Stewart-Cousins declared earlier this week that the Democratic Conference had officially gained at least two seats, which would give Democrats at least 42 of the chamber’s 63 seats, enough for a supermajority. This changes a post-Election Day narrative in a big way: As Republicans built significant leads during in-person voting, some Democrats, including Gov. Cuomo, suggested that their core message had strayed too far to the left. As it stands, Democrats will now have the opportunity build on its long list of progressive legislative action from the 2019-2020 session.

With a new crop of left-wing Democrats elected to both houses of the state Legislature— not to mention the ascension on a national stage of New Yorker Rep. Alexandria Ocasio-Cortez followed by Rep.-elect Jamaal Bowman (who was elected chair of the Freshman class) this year, the continued dominance of state government may embolden Democrats to pursue additional legislative priorities. Many of these winning candidates prevailed with the support of the New York City branch of the Democratic Socialists of America, the progressive Working Families Party, or both, and are ready to pull the party further leftward including a hope that the Legislature will wield its veto-proof majority to notch victories on a number of progressive priorities, including minority-owned business requirements recreational marijuana regime, and a long list of revenue raisers and tax proposals. Whatever happens on the policy side, the supermajority gives Senate Democrats, along with Assembly Democrats, additional power to drive next year’s redistricting process.

However, the Governor could bend on tax proposals next year, given the dire condition of New York’s finance. Cuomo has raised the possibility multiple times of increasing taxes on the state’s wealthiest residents if aid from Congress does not come through for state governments.

But first, New York State is grappling with a second wave of Covid-19. For months, state and local leaders have been begging Washington for federal aid, knowing that the state cannot foot this bill alone. Many counties have had to front costs such as setting up testing sites, providing personnel to administer these tests, securing personal protective equipment and more. Pressure is starting to build on state leaders to come up with an alternative plan to deal with the state’s budget deficit and costs associated with Covid-19 if another federal stimulus deal is not reached by the end of the year. Governor Cuomo said his administration will develop a wintertime plan for the coronavirus pandemic that aims to expand hospital capacity, keep schools open and begin a distribution effort for the coming COVID-19 vaccine. The winter plan, as advised by global health officials, will focus on ensure the state has enough hospital space to handle the influx of COVID cases in the coming weeks. Cuomo also wants to ensure schools, which have a relatively lower transmission rate among children, will remain open, especially for kindergarten through eighth grade. The third leg will be a vaccine distribution plan as pharmaceutical companies seek final approval from the federal regulators in the coming weeks.

Finally, for anyone skeptical that their vote matters, Rep. Anthony Brindisi is currently ahead of his challenger, former Rep. Claudia Tenney, by 13 votes. While additional court action could influence the results, your vote matters! When Long Tran, a liberal organizer of Vietnamese descent, hosted a meet-and-greet for Georgia Democrat Jon Ossoff in early 2017, he was hoping in part to engage more Asian Americans like himself in politics. Not a single other Asian person showed up to his event. Nearly four years later, that has dramatically changed. Georgia’s hand recount and vote certification confirmed that Asian American and Pacific Islander voters — who make up the fastest-growing demographic in Georgia — helped swing the state for the Democrats for the first time since 1992. [Read more] 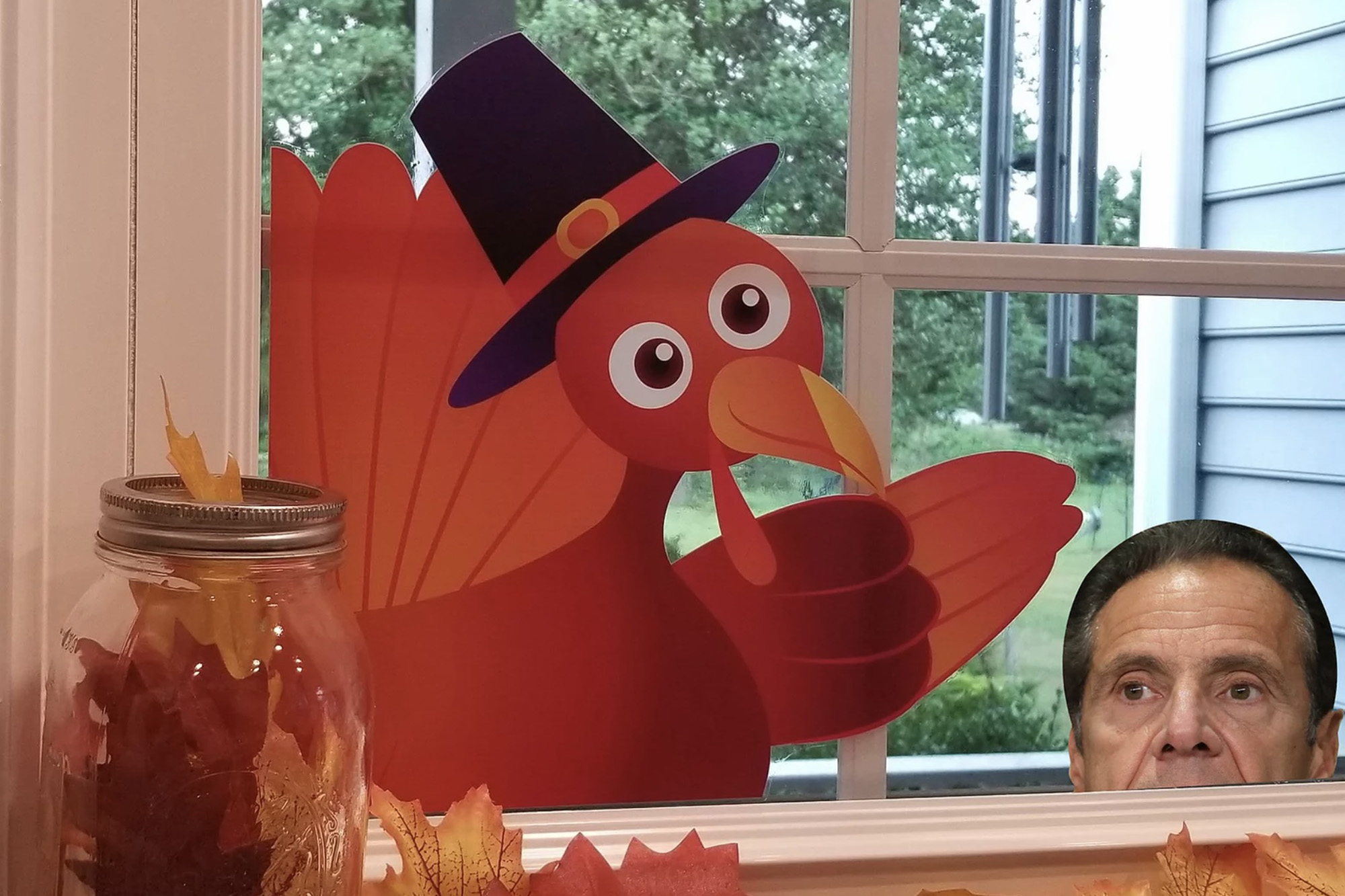 No, Cuomo Won’t Be Watching You on Thanksgiving. Yes, It’s a Joke on Social Media

One TikTok video plays the classic hit, “Somebody’s Watching Me,” and around the corner, there he is: Gov. Andrew Cuomo’s head peering through the window. In another, there is he again: a window sticker of a peering Cuomo in a cabinet. In another, he’s next to the fireplace. And a Buffalo-based company, Custom 716, is selling Cuomo window stickers for $10 of just his head and eyes peering out at you, just daring you to invite that 11th person to Thanksgiving dinner. [Read more.] 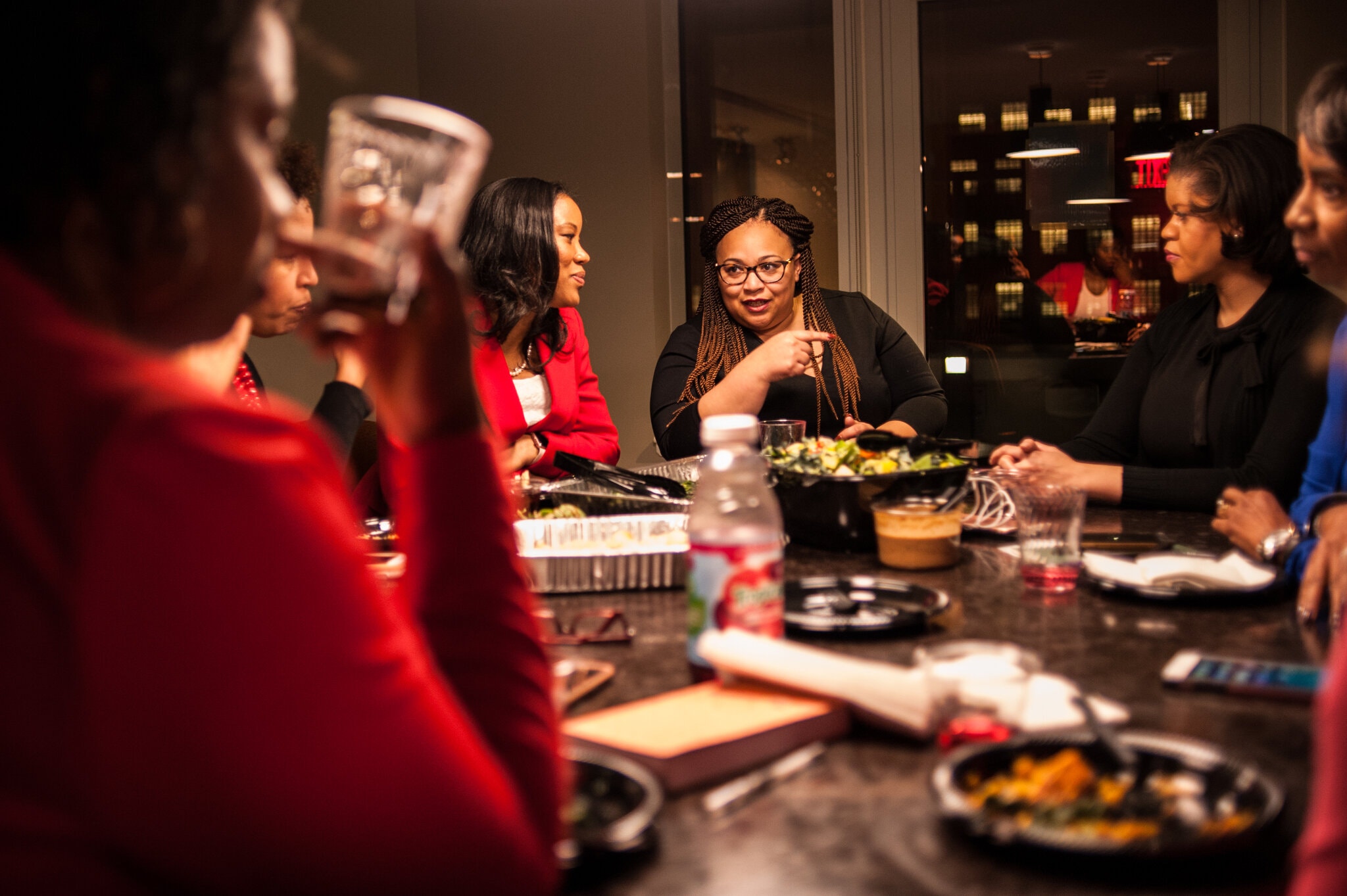 This sisterhood was born a decade ago, made up of about a dozen women who had grown sick of being excluded from politics despite being told how important Black women were to Democratic candidates. They started out as campaign door-knockers and City Council aides, drawn to one another out of the sense that no one else would be able to support them in the hostile world of politics better than another Black woman who was also fighting for respect. A bond was forged in coffee shops and on stoops all over central Brooklyn. [Read more.] President-elect Joe Biden garnered an unprecedented 80 million votes, will win the popular vote by as much as seven million, and won fairly comfortably in the electoral college. Even if the vote spreads in swing states were pretty tight, that’s a robust victory. Yet despite all that, Democrats lost a dozen House seats, shrinking their majority and putting it at grave risk in 2022, lost key Senate races that would have secured control of the upper chamber, and failed to capture any state legislatures, diluting their influence over redistricting for the next decade. [Read more.] 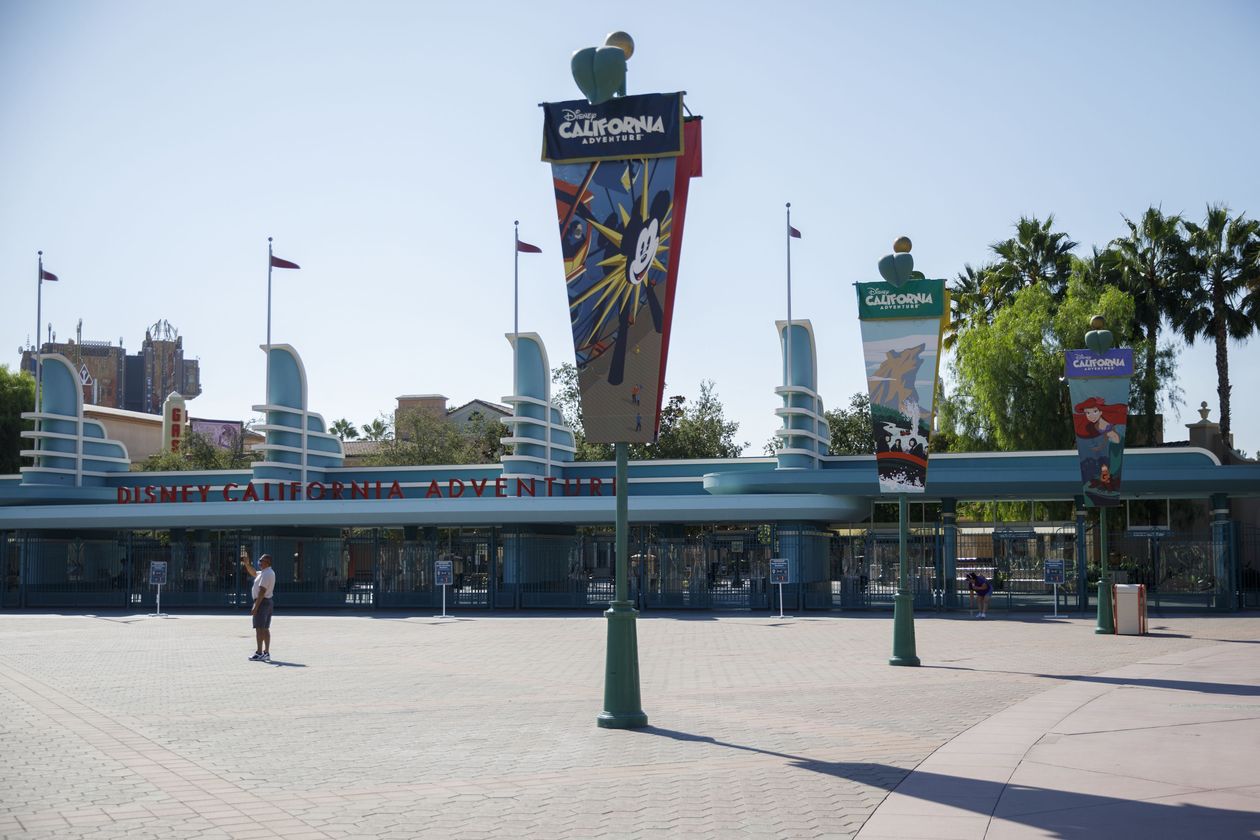 Walt Disney plans to lay off a total of 32,000 employees by March, the company said, a further reduction in its workforce that comes as the pandemic hits the entertainment company’s theme-park businesses especially hard. The number of layoffs is about 4,000 more employees than the 28,000 job cuts announced in September. Most of the job losses will come in the company’s theme-park ranks, where thousands of workers have already been furloughed or laid off. [Read more.] 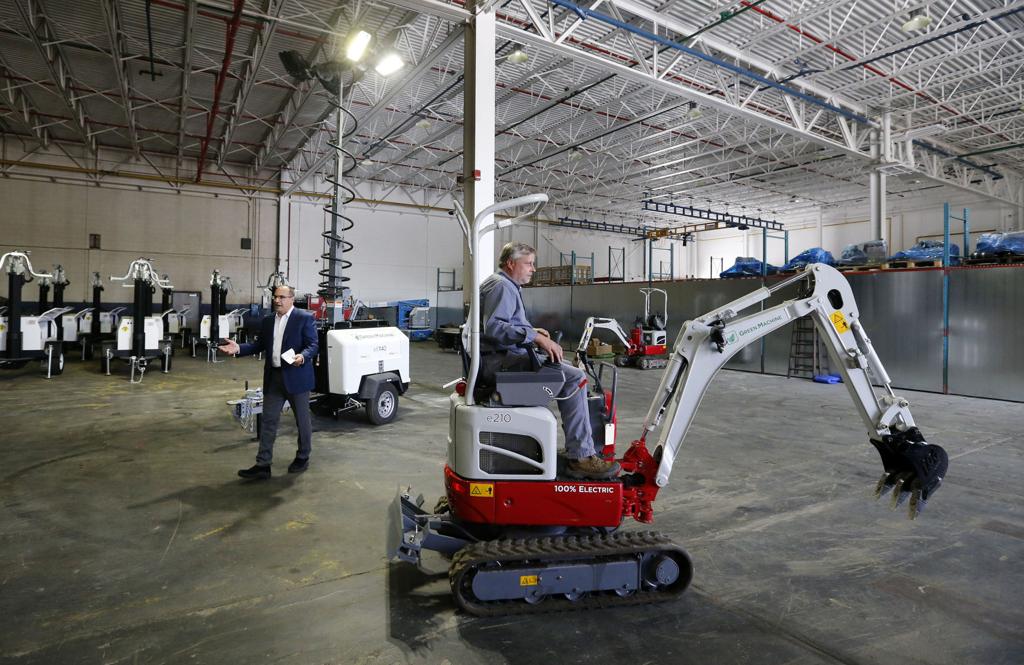 It all started with a bet. While attending a meeting for the Association of Erie County Government, guest speaker and president of Volta Energy Products Dennis Elsenbeck spoke about the initiative of Volta’s 100% electric run Green Machines and the value they have for the future of reducing air pollution. “There was one statement in particular that caught my attention..” [Read more.]