Last week, the New York State Senate and Assembly convened in Legislative Session for the first time since passing a budget at the beginning of April. Both Chambers were largely empty; a handful of legislators entered in small groups to run the floor and debate bills, most wearing face masks as they spoke. Both Houses passed over two dozen bills in response to the coronavirus pandemic, several of them prompting questions and statements from lawmakers, with most debate regarding measures that on rent/housing issues, access to absentee ballots, and unemployment benefits.

The measures that passed included a crack-down on price gouging, a mandate for residential health care facilities to develop pandemic preparedness plans, and a bill mandating a study on the health impacts of the coronavirus pandemic on minority communities. Other highlights included the Emergency Rent Relief Act of 2020, that directs $100 million from the federal CARES Act to be used towards rental assistance, and an extension of the Child Victims Act, allowing sexual abuse survivors an additional year to file suit.

Governor Cuomo added a new—unofficial—requirement for regions to progress to the next phase of reopening: data must be analyzed by international experts. Cuomo first announced the added standard on an Albany radio show, mere hours before five regions of Upstate New York were preparing to enter Phase 2, with almost no guidance from Cuomo or state government on the reopening of hundreds of salons, offices, and stores. Notably, Cuomo had not mentioned the additional requirement (or provided any additional guidance to those regions) at his daily briefing, instead appearing with celebrities who praised Cuomo’s leadership and urged New Yorkers to wear a mask.

The five regions were allowed to proceed on Friday afternoon, but the delay surprised a number of Upstate officials, including Control Room members, and has tested the cohesion between state and local leaders, as well as raising new questions about the role of local governments in the coming months. Many local officials are expressing frustration at the ambiguity (and lack of direction) coming from state government while also lamenting the lack of local control. 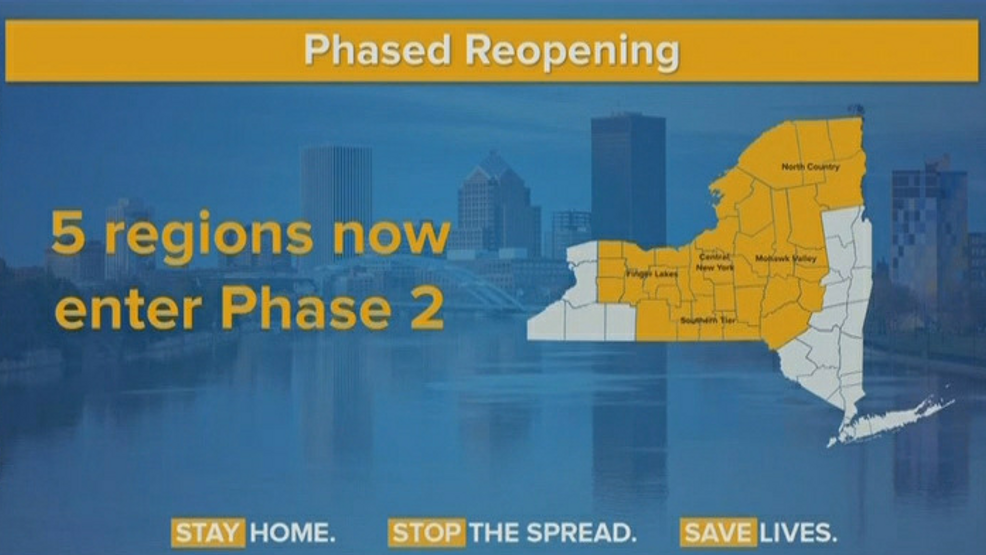 —and the Capital Region, which started reopening on May 20. The Mid-Hudson region and Long Island began Phase 1 the Tuesday and Wednesday after Memorial Day, respectively.

New York City is the only region that has not met reopening criteria. Specifically, the five boroughs do not have enough hospital beds available or contact tracers in place to begin Phase 1, but Governor Cuomo and Mayor Bill de Blasio have said they expect NYC to meet the benchmarks by June 8. Cuomo said that state officials are focusing on controlling hot spots and preparing hospitals to deal with a potential second spike.

As the killing of George Floyd by a Minneapolis police officer has drawn thousands to the streets in cities across New York State and the Country, Mayor Bill de Blasio sought to defend both protesters and police and Governor Cuomo signaled support for a long sought criminal justice reform after a spate of violent clashes in New York City and other Upstate cities erupted over the weekend. 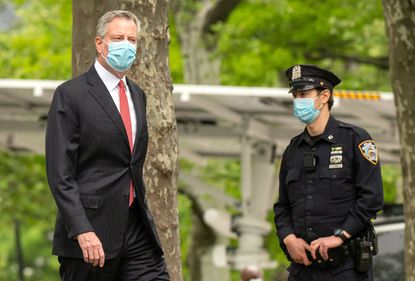 Although Cuomo’s response has remained largely rhetorical, the Governor suggested that Mayor Bill de Blasio could make a change to 50-a, a state law that shields a police officer’s disciplinary records, by modifying the New York City Administrative Code and procedures, but also stated that he would sign a bill repealing 50-a if the Legislature passed it. De Blasio said, “If we could do that in the month of June I think it would be a huge step forward.” It is unclear if the legislature will take any additional action prior to state primaries on June 23, but legislative leaders have promised their members that they would meet again this year to pass priority legislation and take further action in response to the coronavirus emergency.

Meanwhile, President Trump had nothing on his public schedule yesterday. There is debate within the White House over whether he should give an Oval Office address. What would he say? Would it actually calm nerves and bring the country together, or stoke racial division? Former Vice President Joe Biden wrote a piece on Medium, stating, “We are a nation in pain, but we must not allow this pain to destroy us. We are a nation enraged, but we cannot allow our rage to consume us. Please stay safe. Please take care of each other.” 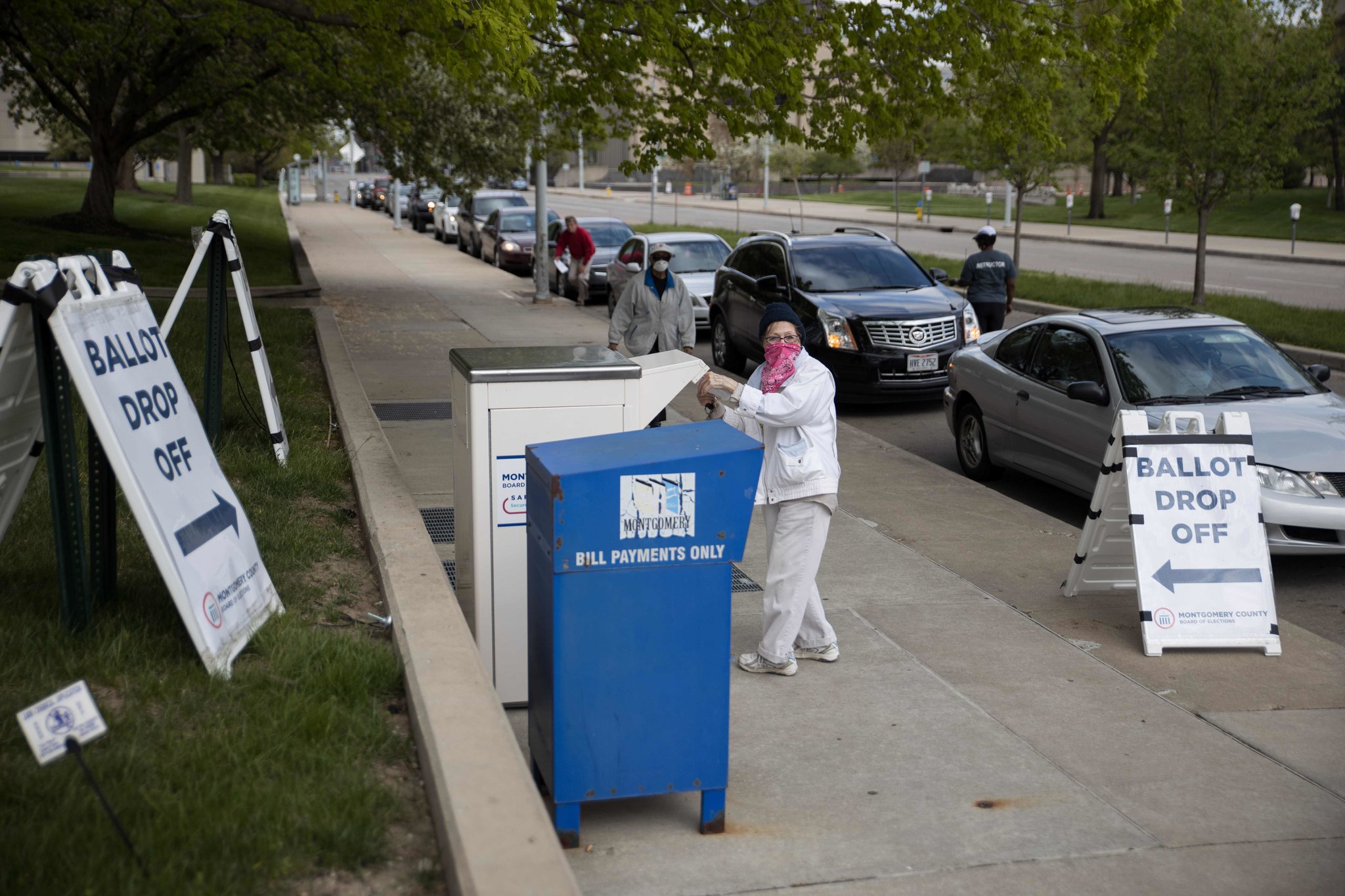 Which Party Would Benefit Most From Voting by Mail? It’s Complicated

Not so many months ago, casting a ballot by mail was a topic reserved for conferences of election administrators, a matter of voting mechanics blander than a water cracker. In Republican Arizona and Democratic Oregon as well as many other states, vast numbers of citizens not only voted by mail, but also loved it…Here is a quick look at some issues surrounding voting by mail that may help to shed light on which party benefits most from it. [Read more.] 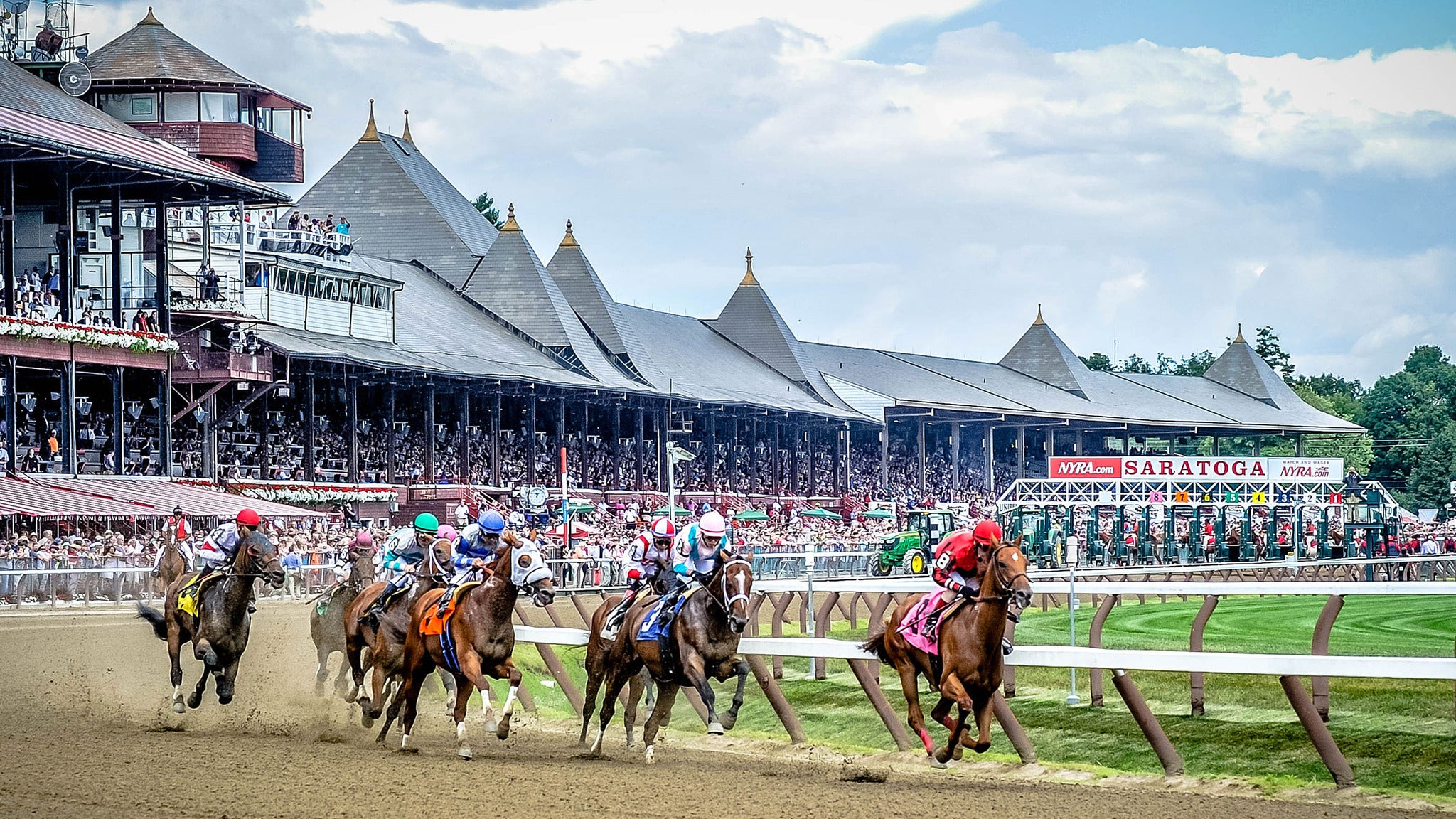 Saratoga, a Horse-Racing Mecca, Braces for a Fanless Summer

This city sells itself as “the summer place to be,” welcoming more than a million people to the thoroughbred track that operates in July and August and thousands more to an outdoor concert venue that brings fans of music from Beethoven to the Grateful Dead. But after recent announcements that planned performances were canceled and spectators might be scratched from the races due to the coronavirus, business owners and officials in the city are bracing for a tough summer and trying to adjust. [Read more.]

Who is Andrew Cuomo’s Sign-Language Interpreter?

The newest star of New York Gov. Andrew Cuomo’s coronavirus briefings has never been in the same room as the governor himself. The huge television audience that tunes in to Cuomo’s daily press conference was introduced to Arkady Belozovsky for the first time. May 13 marked a major breakthrough for the deaf community: Belozovsky was added to the main feed beamed out to television broadcasters, including CNN, MSNBC and local stations across the state. [Read more.] Presumptive Democratic presidential nominee Joe Biden is facing growing pressure from activists and party leaders to lead a racially balanced ticket in the wake of explosive incidents involving African Americans and police violence that have stoked widespread outrage. Biden has pledged to select a woman, prompting leading Democrats to publicly and privately promote several high-profile women of color for the job. [Read more.] 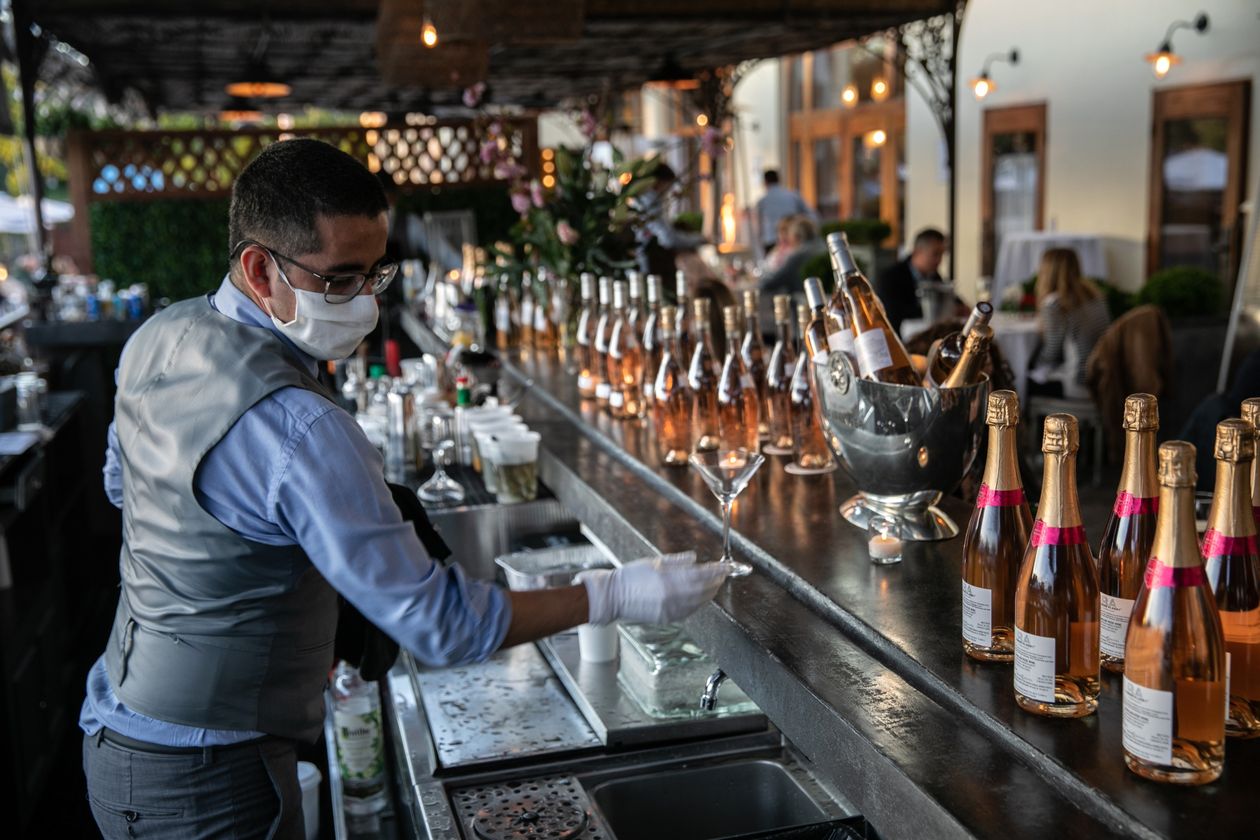 Tax revenues for New York City and the state are on the line as some of the region’s wealthiest residents flee to the suburbs or beyond while employers keep out-of-state commuters in their homes. Both the state and city rely disproportionately on the wealthiest taxpayers to fund social services such as schools, hospitals and police officers. Before the coronavirus pandemic hit, people who typically commuted into New York City but live in New Jersey or Connecticut paid New York taxes for income earned in the state. [Read more.]