Good Morning from the Nation’s Capital…

The Senate voted on Thursday to confirm Ketanji Brown Jackson to the Supreme Court, making her the first African American woman and first former public defender to serve on the Court. With Vice President Harris presiding over the vote, Republican Senators Lisa Murkowski, Susan Collins, and Mitt Romney joined all 50 Democrats to confirm her nomination 53-47. Justice Stephen Breyer has said he will finish out the remainder of the Court’s session before retiring, which means KBJ will start presiding over cases when the Court returns from recess in the fall.

Negotiators for the U.S. Innovation and Competition Act, passed in the Senate, and the America Competes Act, passed in the House, were appointed last week before Congressional recess with their negotiations set to take place after their two week break. The legislation aims to improve America’s innovation and domestic manufacturing capabilities, particularly in critical technology that has relied on Chinese and other foreign supply chains. Following the announcement from Speaker Pelosi of a conference committee to iron out the differences in the two bills, Senate Minority Leader Mitch McConnell said “Without major concessions and changes from House Democrats, the legislation has no chance of becoming law.”

We have a budget! Despite being 8 days late, the final $220 billion spending measure passed both houses on Saturday. Regarding the budget, the Governor said “This agreement brings us closer to an enacted budget and makes good on our promise of a stronger, safer, more inclusive and more prosperous New York State.” However, not everyone is thrilled with the budget. Progressives, already supporting a primary challenge to Hochul, protested the Governor’s proposed changes to bail reform and publicly criticized her for including public money for a new Bills Stadium– both of which made it into the final budget. As reported by ace reporter Jimmy Vielkind, Senator Diane Savino, when asked her thoughts on the budget, replied “depends on how you spin it. If we lead with, ‘we’re giving you relief at the pump, addressing public safety, record investment in child care and middle-class tax cuts’ then it’s a good plan…I was joking with someone yesterday that if we’re not careful, the story is going to be, ‘Bail fail, Buffalo boondoggle, and booze-to-go’.”

Adding to an already chaotic week in Albany, a state appellate judge declined to slow down New York’s Primary Elections following Justice Patrick McAllister’s ruling that the maps drawn by Democrats are overly biased and thus, were drawn illegally. The case is moving through the appeals process and will likely be decided by the state’s highest court, the Court of Appeals. In the meantime, the Board of Elections may continue to accept petitions from candidates running in the newly drawn districts. The decision allows Justice McAllister to appoint a neutral expert to draw new maps pending the outcome of an appeal. Justice Stephen Lindley said, “The Legislature may begin redrawing the map right now if it chooses to do so, or the Legislature may choose to do nothing and risk the possibility of having to live with the map drawn by McAllister’s neutral experts should respondents lose before the Court of Appeals.”

***New Podcast Episodes***
What were legislators pushing for in the budget?
Will a late budget affect Governor Hochul’s campaign?
Listen as Jack gives his ten-minute take on these issues and more!

What held up the budget in Albany? Who’s to blame when it’s late?  WATCH this interview with our Jack O’Donnell and Captial Tonight’s Susan Arbetter here.
With the New York state budget finally in the books, where is all the money going and will it be considered a success for #GovHochul? Our Jack O’Donnell shared his insight on WBEN’s A New Morning here.
Why were issues like #bailreform, #gastaxbreak and #alcoholtogo a tough sell in Albany budget talks? Jack also weighed in on these issues with the WBEN team here. 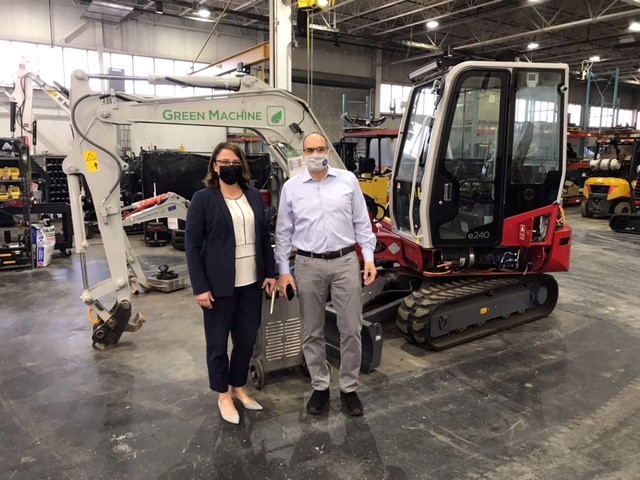 Jamie Dimon To Work-From-Homers: You Win

“People don’t like commuting, but so what?” JPMorgan Chase CEO Jamie Dimon said a year ago. Since then, leverage has shifted to workers as it became clear they would ditch any employer that chains them to their desks five days a week. In turn, Dimon has softened his stance, recognizing the staying power of remote work. [Read more.]