BUFFALO, NY–O’Donnell and Associates Managing Partner Jack O’Donnell has been named to the 2022 Albany Power 100 list by City & State New York, an online and weekly magazine covering politics and policy in the Empire State.

“Jack O’Donnell is widely known as an expert on Western New York politics and policy, but he’s also established a reputation as an effective advocate for his clients in 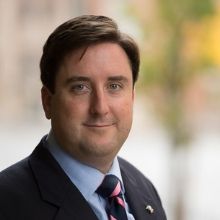 “It’s an honor to be recognized among the state’s top powerbrokers,” says O’Donnell. “We are zealous advocates for our clients, committed to delivering results that move our state forward during these challenging times.”

O’Donnell has more than 25 years of experience in government, government relations and politics throughout New York State, including stints in the U.S. Senate Office of Charles E. Schumer and the Office of the New York State Comptroller.

Jack is a graduate of Canisius College (’96), St. Joseph’s Collegiate Institute, and received his Juris Doctor from the University at Buffalo. He lives in Buffalo with his wife and two children.