The 2020 Legislative Session begins in just over six weeks. Major issues next year will include the definition of employees and independent contractors in response to a growing ‘gig economy,’; adult use marijuana (and an overarching framework for the regulation of all cannabis); a definition of public works; and creating a single payer healthcare system.

This week—with the midyear budget report three weeks late—we learned that before the Legislature and the Executive can address these issues they must first remedy a $6.1 billion deficit in the State Budget (about 6% of the total budget). Especially problematic is that $4 billion of this deficit comes from dramatic increases in the State’s Medicaid Spending.

Last year, Governor Cuomo’s Executive Budget proposed $550 million cuts in hospital funding and the proposal was met by a furious response from advocates for the hospitals and health care workers. Expect a similar vehement response—adjusted for scale—to whatever cuts may be proposed to address this deficit. In short, buckle up: budget is going to be a wild ride.

The Legislative Session is set to end on June 2nd in order to get legislators back to their districts to face potential primary challenges in this first year of June Primaries. That’s about three weeks earlier than the usual end of session. To accommodate a similar amount of days, the calendar is front-loaded (it remains to be seen if those early days will feature any more work than usual). Even so, for the several legislators facing credible primaries, that means their work in Albany will largely coincide with bitter fights in the district. Albany and New York will be busy next year, as always, contact us with questions, comments, or anything you would like to see covered in the weekly newsletter.

In D.C., Ambassador to the European Union Gordon Sondland’s testimony grabbed the headlines, as he asserted the ‘answer is yes’ that a quid pro quo occurred in Trump’s dealings with Ukranian President Volodymyr Zelensky. As public hearings wrapped up last week, the House Intelligence Committee Chair Adam Schiff (D-California) will now submit the Committee’s findings to the Judiciary Committee where Chair New York Rep. Jerry Nadler will work with the Committee to draft and vote on Article of Impeachment, which can then be advanced to the House floor.

…And, over the weekend, negotiators reached a deal on spending levels to fully fund the Government for all of Fiscal Year 2020 (after passing a stopgap funding measure to keep the government open through December 20th earlier last week).  Appropriators will still need to hash out the specifics—including how much of the Department of Homeland Security bill would pay for Border Security—and other details within the 12 bills they need to pass to fund the Government for the rest of the year. However, it is a big bipartisan step amidst the back drop of increasingly tense impeachment proceedings.

How Moderates Are Seizing the Moment in the Democratic Primary 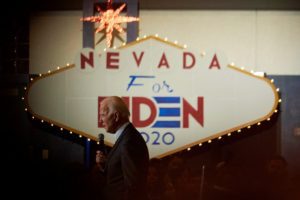 After spending months in anxious passivity, staking their hopes on Joseph R. Biden Jr. and little else, moderate Democrats appear suddenly determined to fight for control of their party in the 2020 elections.

The shift in attitude has come in fits and starts over the last few weeks, seemingly more as an organic turn in the political season than as a product of coordinated action by party leaders.

Months after opening its new sports

complex in the city’s Valley neighborhood, Medaille College is making plans for a major expansion.

The small Buffalo private school will announce Monday that it plans to begin a $7.5 million second phase that will include a new baseball diamond, three softball diamonds and a multipurpose field for field hockey, soccer and lacrosse. 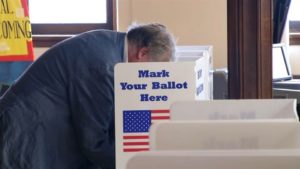 As the future of fusion voting has sucked much of the oxygen out of the state’s political discourse this fall, supporters and detractors have debated whether the practice is a basic constitutional right, a means to give voters more options and empower third parties, or simply a pathway to patronage and backroom dealings.

But one more fundamental question hasn’t surfaced during these months of back-and-forth: Does fusion voting — the ability of candidates to run on multiple party lines — actually have much of an influence on election results in New York?

How to Survive Thanksgiving—

Here’s what a wild-animal handler, disaster-response coordinator and stand-up comic can teach us all about holiday survival. 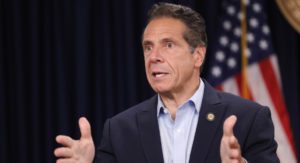 Gov. Andrew Cuomo’s executive staff is making the move to Apple’s iPhone, meaning it’s the end of an era for an office of BlackBerry loyalists.

After an aide was spotted with two iPhones, rather than the personal iPhone and state-issued BlackBerry that most gubernatorial staffers carry, Cuomo spokesperson Rich Azzopardi confirmed Tuesday that BlackBerry devices are no longer being issued to the governor’s staff.